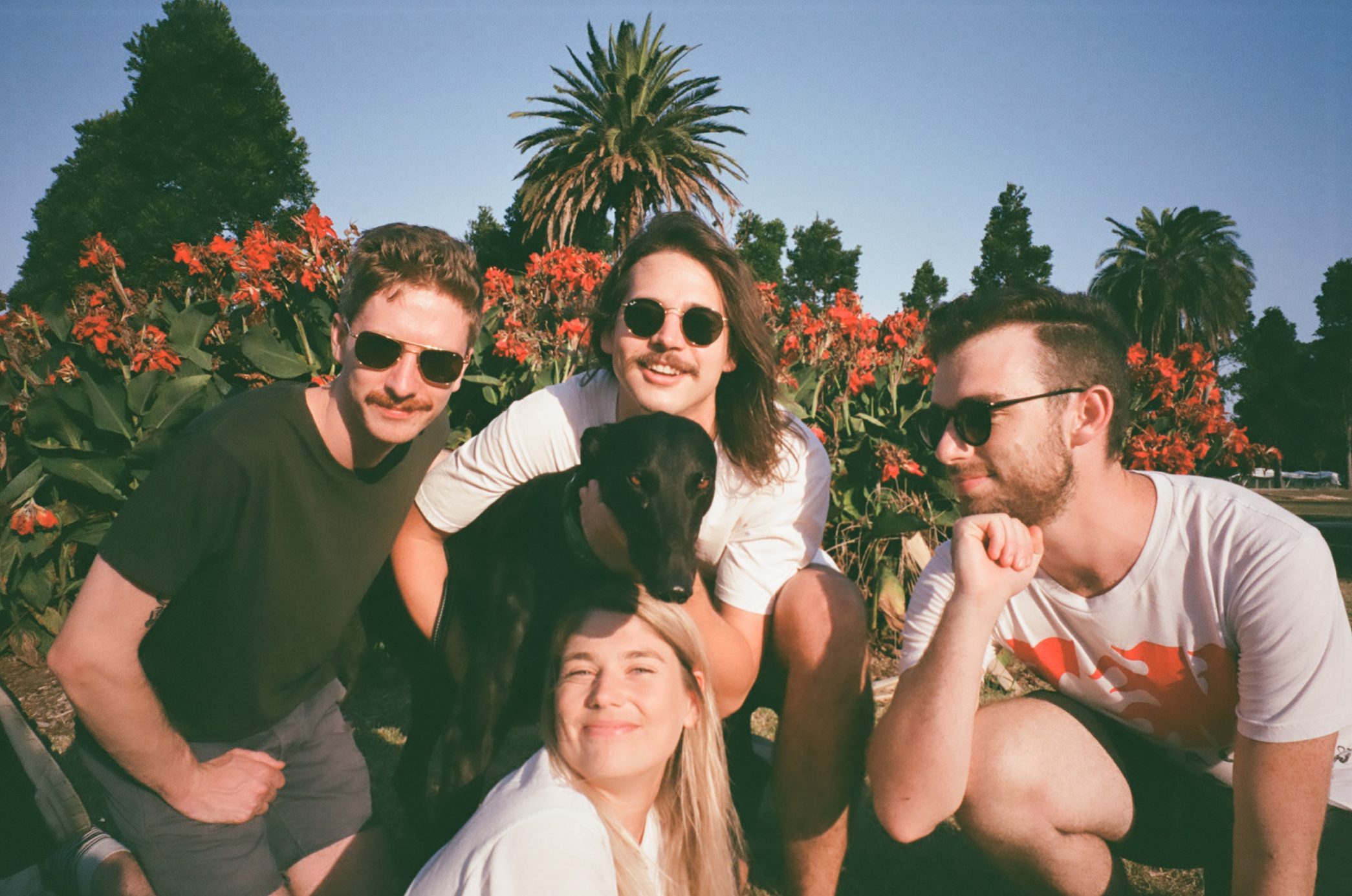 
This weekend, Bachelor Pad and Spit Chewy take stage at VOLUMES‘ residency at The Lansdowne in Sydney. To celebrate, we got them together for an Artist v Artist chat.

Bachelor Pad: You’ve previously stated that ‘Grunge is my Religion’, who is the Pope of Grunge?

Chewy: The worship of grunge consists of these 3 sacred commandments (but also not limited to these): 1: Devotion of ones self to holy scriptures of tortured 90s artists (varying levels of success are essential). 2: Always being that person at band practice who turns their guitar kinda too loud and makes it unnecessarily difficult for everyone to communicate properly. 3: Monthly subscription fee of $15 because everyone ends up selling out. Also, everyone’s the pope.

Bachelor Pad: Who had the better jingle – Kiama Ice Creamery or Computer Town Australia?
Spit Chewy:
This is never a safe argument to enter, but one we’ll discuss in detail none-the-less. While both adds still reign as iconic pieces of Australian history, the computer town Australia jingle might just be the single best piece of advertising content ever created. The creators of this add hold the rights to knowledge we are still not ready to understand. Hearing that add takes you to the back seat of your parents old car and yelling “wingdang road a’ wingdang” with your siblings.

Bachelor Pad: White Wine Spritzers: Y/N?
Spit Chewy: Neither are exactly our drink of choice, but hey whatever works! Yes to the spritz for this one!

Bachelor Pad: You’re touring South America, flying between Montevideo and Santiago. Suddenly the plane crashes into the Andes and you’re forced to resort to cannibalism. Who is getting eaten first?
Spit Chewy: Who payed you to ask this? Was it those people in YouTube comments who keep asking everyone to come to Brazil? We’ve spent months running climate specific drills for this exact situation and can adapt to any set of surroundings in a matter of seconds. Fear us. Honestly, one of us would slip down the side of a mountain or something equally silly and we wouldn’t even have to make the decision. Clean up the mess type situation. Give us more than 3 hours anywhere and something’s bound to go wrong. We are very accident prone.

Bachelor Pad: Who are some other cool bands from the gong we should be keeping an eye out for?
Spit Chewy: Yes! Wollongong’s music is absolutely thriving at the moment. So much local talent. Definitely keep an eye (and ear) out for Tropical strength, Cry Club, Jacob, TOTTY and Rob Casino! All fantastic local artists who have recently put out new music.

Spit Chewy: In your song ‘Masserati’ the singer states, “I don’t wanna be like you, I don’t wanna be like me, I wanna get hit by a Masserati”. The 2018 Maserati grandturismo has a top speed of 300 kilometres per hour and boast an acceleration rate of 0-100 in under 5 seconds. If you had the choice to get hit by any car, why would it be this?
Bachelor Pad: The fact is that all of us are going to die one day. Do you want to go out peacefully? Surrounded by friends and family? No, me neither. When your time’s up you want to go out in a blaze of glory! You’ve lived your best life now it’s time to die your best death.

Spit Chewy: What is the most concerning thing you have seen in a bachelor pad?
Bachelor Pad: A place I used to live in had a big rat problem (both the rats and the problem were large). My flatmate’s mum lived in the country and would always drop off big boxes of fresh fruit when she was in town. On a number of occasions I’d grab an apple out of the fruit bowl in the kitchen and eat half of it only to notice that one of the rats had taken a few bites out of it first in the middle of the night.

Spit Chewy: If you could make your song ‘smoothie’ into an actual drink what would it taste like and how much would it cost?
Bachelor Pad: That songs isn’t ours! A bunch of nerds in the 80s thought it would be a good idea to start a band called ‘The Bachelor Pad’ not knowing that the greatest Corporate Punk™️ band in the world would exist three decades later. That being said if we had to make a Bachies smoothie it would probably resemble the lime milkshake you get from your local fish shop. And it would cost $6.90 (nice).

Spit Chewy: What’s the most ridiculous and untrue, yet slightly plausible, story you’ve ever told someone to get into a show for free?
Bachelor Pad: Not so much an untrue story but back in the day I used to message bands on Myspace all the time asking if I could pretend to be their drum/guitar tech for big shows to get a free ticket. It only ever worked once, with Straight Arrows when they supported the Black Keys. It was pretty sick. Free stuff rules!

Spit Chewy: Incredible Metallica quote in your instagram bio! Hard hitting and more importantly, relatable. Which of you pulls off the best James Hetfield impersonation?
Bachelor Pad: While we’re all pretty big Metallica fans (especially Stanger, that album is a masterpiece), our favourite thing to do is to pull up the James Hetfield soundboard and yell along to it. Billy (our Lars Ulrich) does the best Hetfield impression by far. If you ask nicely he might just do it on Sunday.