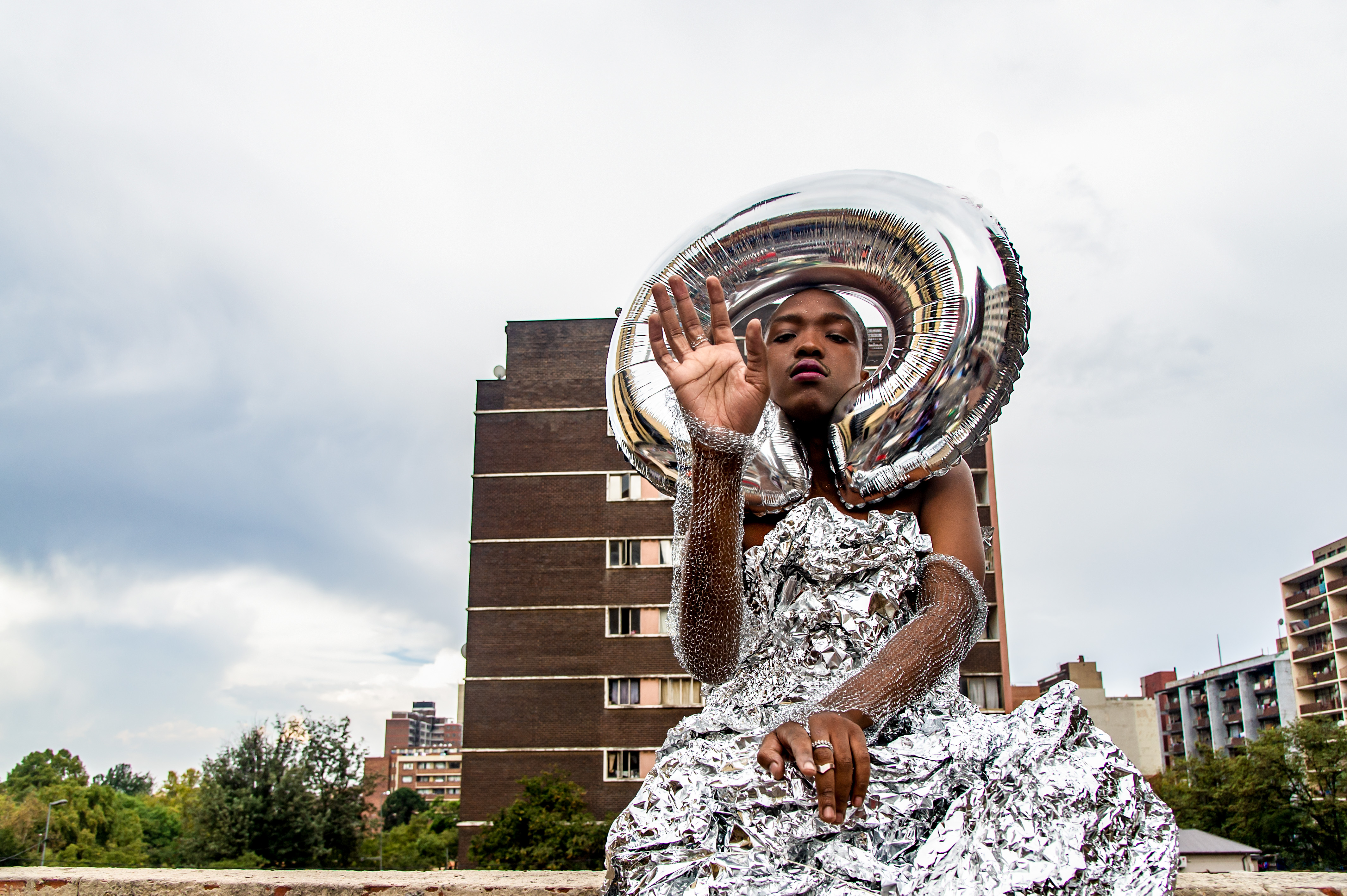 From the small township of Kabokweni in Nelspruit, South Africa comes Fortune Shumba. Singing in English and native Swati, Fortune Shumba’s style of music ranges from downtempo house to African rhythms combined with ambient soundscapes that explore the boundaries of dance  music.

A bold, dynamic performer, LGBTQIA+ and women’s rights activist, Fortune Shumba is on a mission, seen most evidently on recently released single ‘Trash‘. In Fortune Shumba’s own words,“This is an extremely important song to me as it represents everything I stand for as far as every femme’s right to exist in a safe and accommodative space is concerned. In light of all the femicide, homophobic attacks and domestic abuse episodes most of us experience at the hands of toxic masculinity on a daily basis I thought using my music as a tool to contribute to this new age struggle would in one way or another reach more people- victims and perpetrators alike and perhaps, raise an awareness on this sensitive issue that often gets overlooked by the mainstream media…”

Ahead of his BIGSOUND and Heaps Gay Trash Party performances this September, Fortune Shumba was kind enough to make us a Guest Playlist of ‘Songs That Shaped Me’.

One of those songs I used to listen to as a young kid and be inspired to one day want to grow up and change the world for the better. Also because Thandiswa made it cool to be from the hood and be conscious. I knew I wanted to grow up and follow in the same footsteps as a kid from the hood.

I looove Beyonce, this song had me feeling myself so much as a young one. All that booty hopping and the legendary catwalk she does in the video!! I would feel so empowered and fierce when I hear this and it takes me right back to my childhood. That was before the world told me it was wrong to be gay.

Kelis – Acapella
An effortless blend of a very unique voice over an electronic instrumental- this was a dream come true for me. I had always loved electronic music and the idea of tapping into that sound but could not figure out how my very unique tone would fit in there. Hearing this, with all the layered harmonies over this fast paced instrumental made me go- fuck the rules man, I can still make electronic music and just do ME. I was inspired to experiment a bit more and then I began making Electronic music too. This was back in 2010.

PNAU – Chameleon
This is a recent discovery, I am now obsessed with PNAU and want to do a song with them ASAP. Being a musician that values the visual element of music so much and seeing the video for this song felt like quite an experience. Also the style of singing and the instrumental were an odd but very well executed pairing, just genius. Also I am all for songs that give you positive vibes without being corny AF.

Amy Winehouse – Stronger Than Me
I always used to think my singing voice was terrible until I heard Amy sing. She had a very different tone filled with emotion and her pen game was on a 100, permanently. I used to play this tune to teach myself how to write music that was from an authentic and vulnerable place without any shame whatsoever. Amy put herself out there and let you know how she truly felt with her honest lyrics, and was never shy to throw a little bit of wit in there. A musical rebel. I learnt how to be a musical rebel from Amy.

Mandoza – Nkalakatha
This was an anthem. Nkalakatha was one of those songs that made me fall in love with Kwaito music. As much as the entire song was in Zulu, white South Africans still jammed it as much as the blacks did. This song was that bridge in a very segregated country. This made me realise the power to unite different people that music has. Also I had a hectic crush on Mandoza, he was as cool as a cucumber in his vest, baggy pants and always had the coolest shades ever. I could not comprehend how one person could be so hood and still ooze sex appeal at the same damn time!

Busi Mhlongo – We Baba Omncane
I grew up on Mam’ Busi from a young age. She was a true rock star and a beast on stage. This song taught me the art of storytelling in an African way and was my earliest introduction to the beauty that is Tribal music.

Brenda Fassie – Zola Budd
This was a moment in time. Brenda was a true bad girl in every sense and the attitude, the sass and style she had along with her catchy Bubblegum music was such a breath of fresh air; and something I could relate to as a young,black, queer kid. I would often dress up and pretend to be her or dance to her music at family gatherings while singing along. People would throw money my way. The performer in me was born from hearing Brenda Fassie on the radio and trying to act out how I would imagine her on stage performing her music. Zola Budd was one of those songs. Long live MaBrrr!

Lebo Mathosa – Ntozabantu
All I see when I hear this is platinum blonde hair, sass, epic fashion and THAT VOICE! Lebo is one of the best voices to come out of Africa period! I sang along to this as a kid as well, quite a lot. And the video for this song is iconic.

Bjork – Unison
In my teens I went through a bit of a dark phase and Bjork legit saved my life. To keep my  sanity I listened to the Vespertine album all the damn time. ‘Unison’ built so much hope in me and inspired the desire and zen to want to live life to the fullest. I decided then that I’d make music to heal the world and inspire greatness, and hopefully save lives.