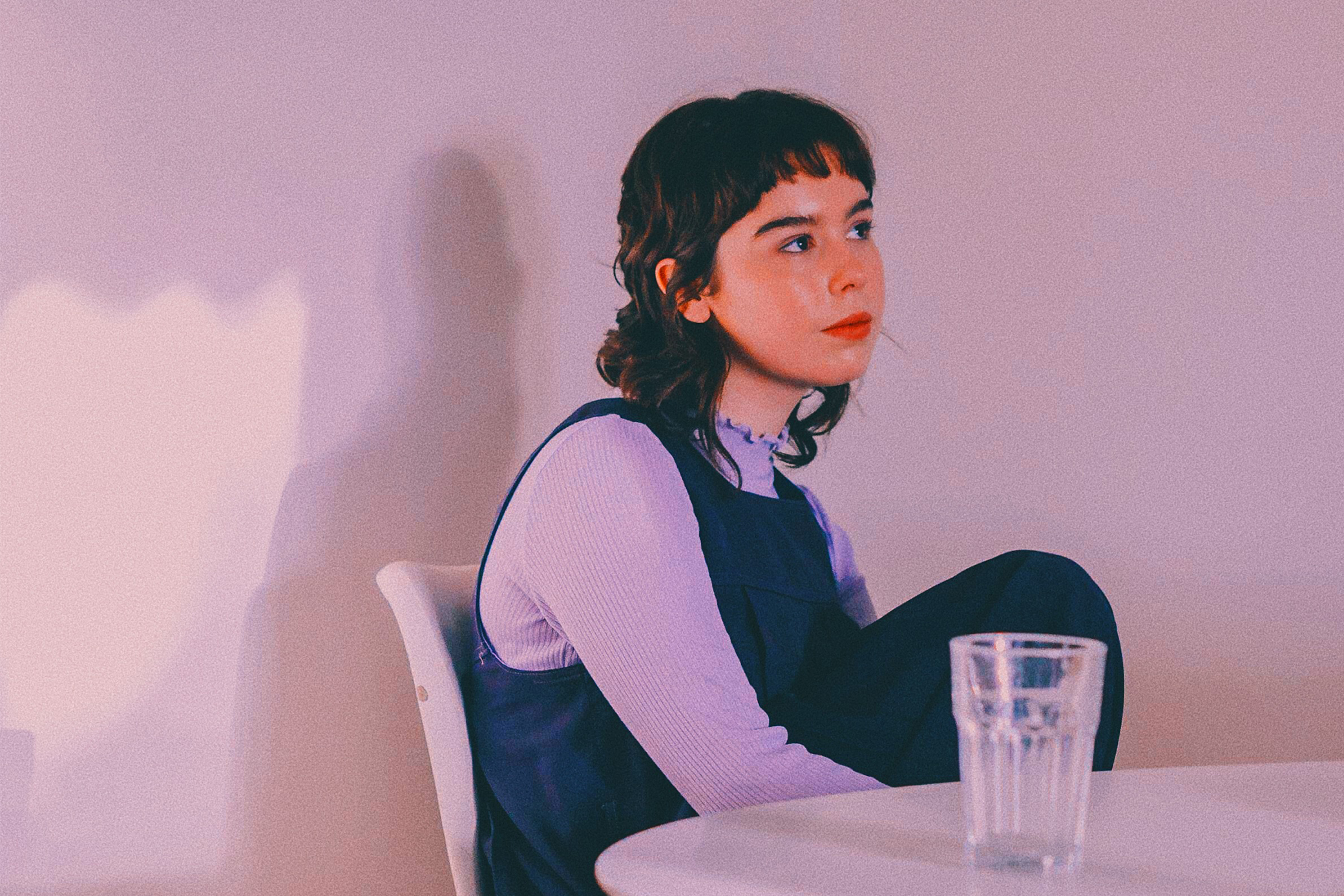 Hallowed Brisbane ground, The Foundry, Brisbane celebrates its ‘Third Flooriversary‘ party tonight and it’s solid foundations that have hosted some of the country’s most exciting live acts. To mark the occasion, we got two of the artists from the night’s line up, Brisbane’s Emerson Snowe and Newcastle’s FRITZ  together for an Artist v Artist chat.

FRITZ: You’ve been in Paris for a while, what have you been doing there?
EMERSON: I went over for 3 months because my girlfriend was living there – I ended up sorting out a lot of Snow stuff and that kind of took a mind of its own and I ended up doing a heap of things.

FRITZ: What would you say is the main difference between the music scene in Paris compared to Brisbane?
EMERSON: Heaps of people always go to shows in Paris, probably because most people coming through are international based so it has a kind of excitement about it.

FRITZ: Do you have an pets? If so, describe them in one word or less…
EMERSON: 2 rats, Kissy and June.
Kissy – ballerina
June – big-girl

FRITZ: You’re quite iconic when it comes to fashion! Where would you say your style comes from? Any major influences?
EMERSON: Haha okay thank you, I guess my style is more bred from growing up in a small town and just wearing what I wanted – I used to get a lot of hate, but now people enjoy what I seem to wear – it’s not something I consciously think of – but if it gives others confidence to wear what they want, then that’s great.

FRITZ: What’s the highest high-waist pants you’ve ever worn?
EMERSON: A pair of pants I tried on in london, it was the first time I really looked in the mirror and said – “okay, this is just too high for me. It’s a no go”. I think I ended up buying them.

FRITZ: What is your favourite condiment to put on toast?
EMERSON: Recently it’s been Raspberry Jam – I thought I was eating healthy in Paris but it turns out the reason the jam tasted so good was because half of it was sugar.

FRITZ: I saw on your Instagram your story highlights of some reviews you’ve gotten – How do you react to these?
EMERSON: I find it humorous, I think if i took it too seriously it would wear me down. I’ll find someone’s post that is bad mouthing me – then I will post it on my own feed. Most of the time the person bad mouthing me sends me a DM apologising. But YOU SAID IT MATE I’M KEEPIN’ IT NOW. Got’im.

FRITZ: I also saw that you have been playing with a full band! Is this a recent thing?
EMERSON: Yeah, I put a live band together through the internet in London, we had 2 shows.
The first being a support slot for Donny Benét and that was the first time we had all actually been in the same room as each other and played the songs. The second was my headline show the night after. It’s basically looking like the exact same thing is happening for these shows.

FRITZ: Does playing with a band make you feel any more or less confident on stage?
EMERSON: I had never heard my music played with a live band before, so it was a exciting – getting a good group of people to play with me is an important thing. I’d much rather work with someone who has no experience and is enjoying it, or playing with someone with a lot of experience and it feels like they’re acting too cool to be around.

FRITZ: Lastly, describe yourself in one word or less…
EMERSON: ‘Hehe’

EMERSON: Hi Tilly! We’ve had each other online for years now and it’s been great watching your music come out- looking forward to meeting ya at the show!
FRITZ: Hi! Very true, friends 4 eva but have never met 🙁 I’m as keen as you are!

EMERSON: Do you find any comparison to yourself and Robert Crumbs’ cartoon cat named Fritz?
FRITZ: Hahahaha absolutely CANNOT relate! My name in no way was meant to have any association with that cat… but I guess I can’t stop people from thinking that!

EMERSON: I really love your new video, I think sometimes it’s hard to find a music video that really matches up with a song. Do you have any favourites?
FRITZ: Thank you so much! I agree. I really love 80’s pop video clips, like Cyndi Lauper’s “Girls Just Wanna Have Fun” and Altered Images “I Could Be Happy”. I think an all time favourite of mine though is Siouxsie And The Banshees “Happy House”, I’d say my current visual aesthetic was very much drawn from that.

EMERSON: What’s your process for writing – Does it come fairly natural or do you find yourself sometimes overthinking it?
FRITZ: My process has changed a lot from when I first started writing music to now. I definitely do overthink a lot, I try to perfect everything and it usually just ends in a mess. My favourites songs I’ve written were ones I came up with on the spot, where all the parts worked together from the beginning.

EMERSON: Who are some local artists from your city that you are inspired by – Is it a fairly close community?
FRITZ: RAAVE TAPES are very inspiring, the literal kings/queen of the castle. They’re doing so well. I think the Newcastle music scene is very inspiring in itself – it’s really “poppin”! There’s so much diversity and uniqueness. It is a close community, we’re all a family. Everyone supports each other and want to see each other do well!

EMERSON: What are your favourite things about your band members?
FRITZ: Oh my gawddd I love them all so much. They’re really committed to FRITZ which is so lovely, they really care about the direction it’s going in. They’re also just the nicest and FUNNIEST people. We have a lot of fun together, they are my best friends.

EMERSON: Are you feeling happy atm??
FRITZ: I am! I don’t dwell on the past as much as I used to which I hear is the first step to being happy – at least that’s what the internet told me. I’m in a very good place at the moment, I know who my friends are, I know what my goals are and I’ve come to know and appreciate myself more.

EMERSON: There is a sausage named Devon- in SA it’s known as Fritz. What are your thoughts on that?
FRITZ: Honestly I love it. Good for them! Again though, I have no association with processed meat! Can’t relate! FRITZ has many meanings but in my case it’s quite meaningless.

EMERSON: Lastly, Would you rather be Pinks’ mother, sister or daughter?
FRITZ: Daughter!!! “My mum is a really famous and cool popstar” !!!! The kids at school would think I’m
heaps cool. 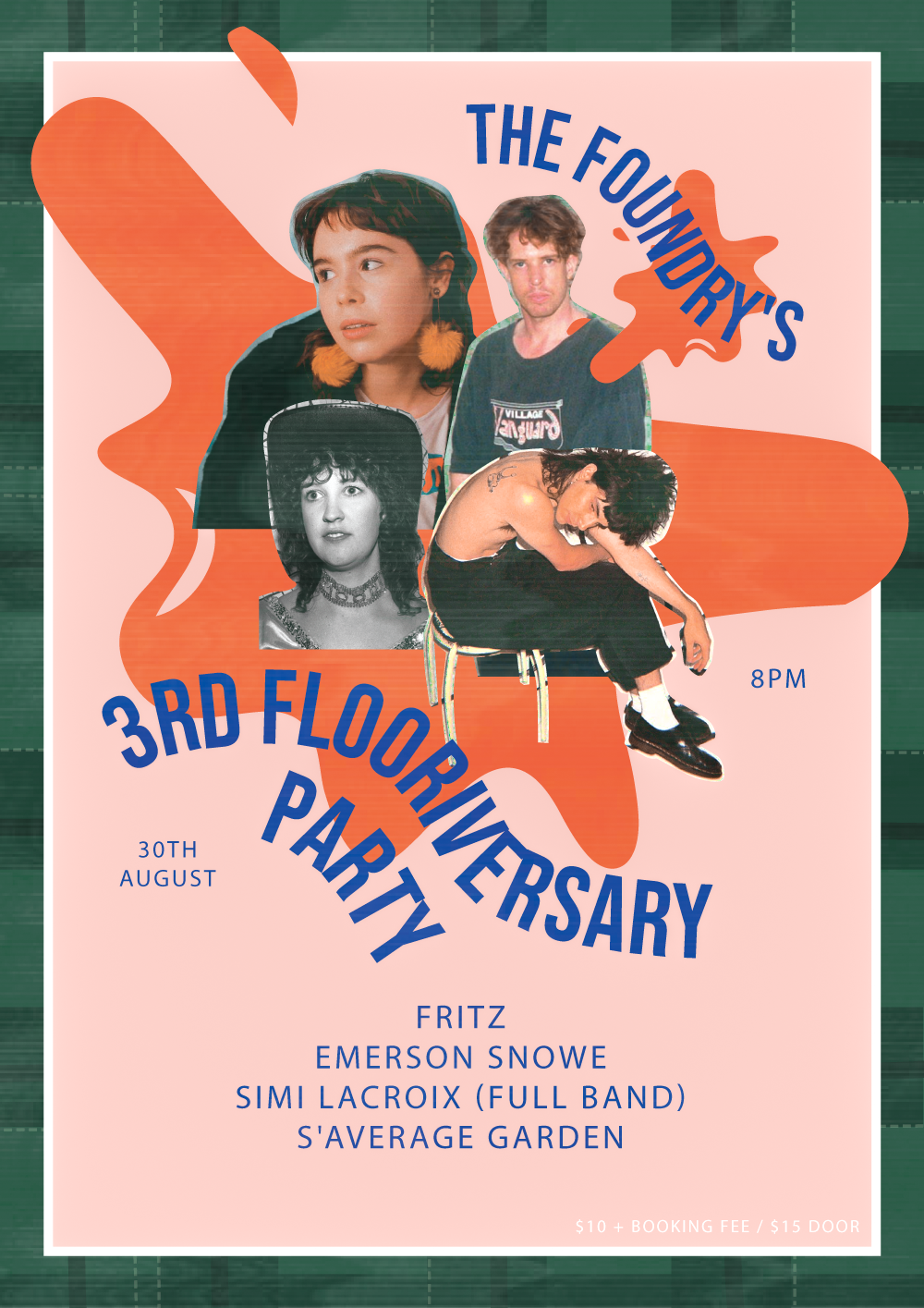