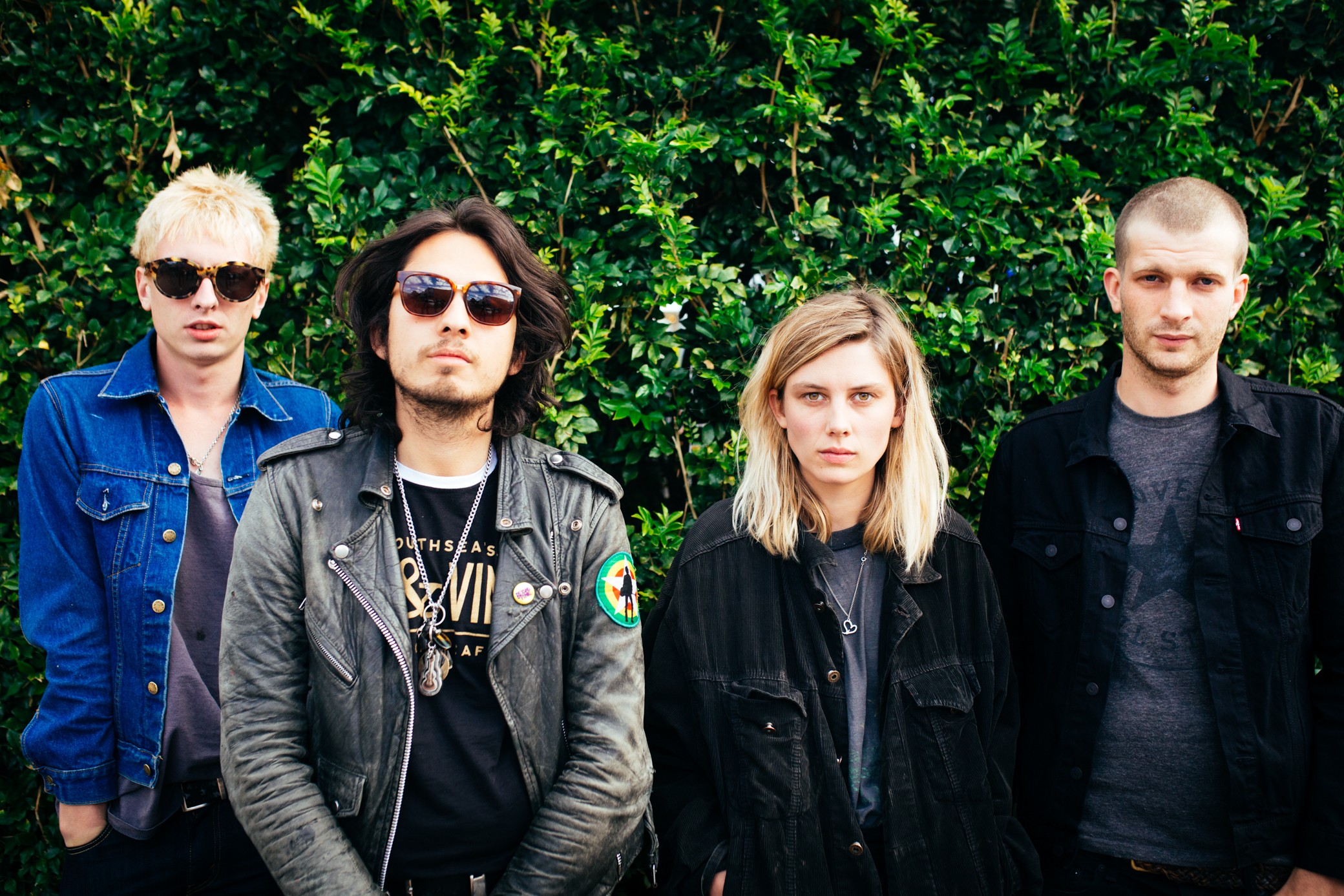 Ten of our favourite quotes from Control interviews this year.

“Tony Wilson, our record company manager and Rob Gretton our manager, brought us up to think that the best song you were ever going to write was your next one. That was their ethos that they drummed into us over and over again. So there does become a certain amount of guilt in enjoying yourself. I miss writing.”

“This one is kind of about the idea of being in love with someone else so much that they want their offspring as their own. A part of that person, a bit like thoroughbreds in horse racing. It’s hard to explain.”

Anna Lunoe
“Sometimes I see kids blow up super fast and I think, “Wow, that’s awesome, I wish that happened to me.” but then, I got to enjoy every step of the way and learn so that when I got the opportunities I got, I was so ready for them. There’s nothing worse than feeling like you weren’t ready for the opportunity and you wasted it.”

Árni Árnason, The Vaccines
“I think we had mistaken timelessness with being of the time. A lot of our favourite albums, like most people’s, are time defining albums. By being defined by the culture of that time, they become timeless. We’d sort of always assumed that if we made a record that sounded like it had been recorded in the last fifty years, it would be timeless music. This time around, we wanted to make an album that was reflective of the culture of it’s time.”


Onra
“It’s not like a lot of stuff that I hear these days that comes from a dark place. This is for people to enjoy themselves, to make out with their boyfriend or girlfriend. Music for good times, you know? I was missing that in music these days.”

Neneh Cherry
“I’ve grown up and worked with people who are more interested in not fitting in than fitting in and are just trying to hear their own voice – freestyling, breaking the rules, if there are any. Maybe, I got that from growing up. There was always such a mixture of sounds and people and it kind of creates a sense of belonging. You understand that there isn’t just one way to do things. My dad used to say the most important thing is to be yourself which is actually quite hard.”

Harrison Koisser, Peace
“My friend Noel Fielding, I was talking to him about Australia because we’re both touring Australia around the same time and he said when he was in Australia, he saw a spider so big that it used a pedestrian crossing. ”

Aaron Weiss, mewithoutYou
“The other guys in the band seem to want me to speak a little more personally and intimately and so it was a little bit harder because I didn’t feel like I could hide behind a character any more. I just felt like anything I was saying was going to reflect on me in one way or another and that can be a little bit embarrassing.”

Ellie Rowsell, Wolf Alice
“I just think it’ll really set us in stone, people who aren’t sure if they like us or not can make up their mind. We’ll feel like maybe we deserve a place… I don’t know. It’s the first step and we’ve been waiting to take that first step for a long time. I’m excited about that, it’s going to be one of the best feelings in the world.”

Banoffee
“It became a real sense of release to just let that one go and let it sit and move onto something new and do it for me and just hope that the same people and new people liked this release. I guess, that’s something most struggle with and you just have to learn to let it go and keep doing it the way you like to do it otherwise you’re just not going to survive in this industry.”