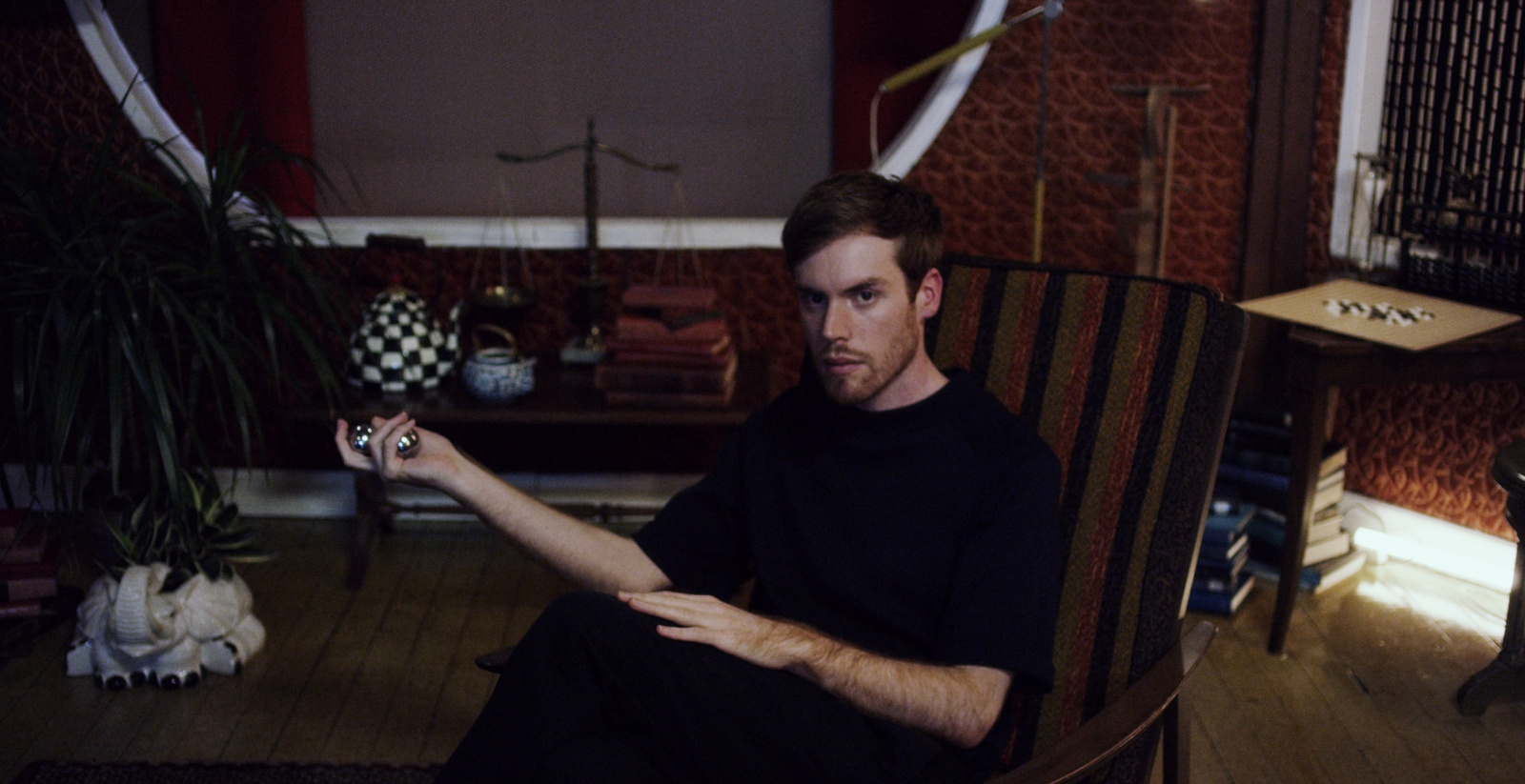 Wild Nothing a.k.a Brooklyn-based musician Jack Tatum’s highly anticipated third studio album, Life of Pause is out next month. Following his critically acclaimed debut Gemini LP (2010), and equally superb Nocturne LP (2012) as well as his Golden Haze (2010) and Empty Estate (2013) EPs, Wild Nothing has recently shared the first three singles from his upcoming Life of Pause LP, ‘TV Queen’, ‘To Know You’ and ‘Reichpop’, giving insight into yet another unique world created by the Wild Nothing project. We had a chat to Jack Tatum to find out more about Wild Nothing’s latest offering.

Life of Pause is out next month, and everyone seems to be really behind the singles you’ve released so far – how are you feeling about putting the album out there?

I’m very excited. I’m anxious for people to hear the whole thing. It’s been sort of hard to choose what songs to release, I think it’s hard for anybody to know what’s going to be the best representation of a record as far as the singles go. But yeah, I’m feeling good about it. The reception so far has been pretty positive and I’m looking forward to people being able to digest it all together.

You recorded in Stockholm and then LA, when did the songs actually come together?

I wrote all of the record more or less, to varying levels of completion when I was living in New York and I was writing at home and so by the time we started working on the record in Stockholm, there was already pretty much a loose framework for all the songs. Some of them were more done than others, some of them didn’t have lyrics yet, some of them didn’t have a bridge or whatever. That’s been the case with everything that I’ve done in the past. It was sort of the same with Nocturne, I wanted to come into the studio with a good group of demos and that was most definitely the same here.

It’s been a couple of years since Empty Estate, I know you’ve mentioned before that you wanted this album to sound more organic and less rigid, and not tied to any particular genre. How did you find the process of this album coming together compared to past releases?
I guess my intentions were different. I always wanted the records that I make to be consistent to a certain level but I think I was a bit more strict with that with the last record. For this one, I feel like it does branch out into a lot of directions that my previous work hasn’t. I think it’s sort of indicative of what I hope to continue doing. I don’t expect that I’ll ever release a record that’ll feel completely out of the blue or something but at the same time with this record, I really was hoping to pull in things I hadn’t in the past and it’s sort of a nod to a lot of different artists or genres that I personally have had a connection to over the past couple of years. That was really where this record differs from previous records.

You enlisted the help of guest musicians like Peter Bjorn & John’s John Eriksson and Medicine’s Brad Laner. How did these collaborations first come about?
The producer that I worked with Thom Monahan (Devendra Banhart, Beachwood Sparks), he had a lot of things that he brought to the table in helping me shape the song and helping me figure out which parts worked and but on a logistical level, knew a lot of people and was really helpful in getting people to come in and help on this record. For instance, John Erriksson (Peter, Bjorn and John) that came about because he had worked with Tom before and we needed a drummer for the record. That sort of ended up being why we went to Stockholm in the first place. Then Brad Laner from Medicine is a friend of Tom’s and also lives in the Los Angeles area, so we called him up and got him to play some guitar. So, it was all very natural, it wasn’t so much that we had these very planned out thing, it was very loose and natural that these people got pulled into the record.

The video for ‘To Know You’ and ‘TV Queen’ is really great, like all of your visual accompaniments, how involved are you with the concepts behind the visual side of your work?
I was pretty involved with this because it really ties into the album art and the photographer I was working with, Shawn Brackbill, he and I over the span of a couple months, dialled in this concept for the album art. It was a lot of work, and a lot of trading ideas and influences and other album covers that we liked. Other different reference points and pooled all of it together, we found a space and totally gutted it out and created our own little world for the record. Once that idea became more realised, we decided that not only could we have this album cover, we could also have a video that almost more so than being a music video, it would be this opportunity to step foot into the album and step foot into this environment and be able to look around. I guess, I was pretty heavily involved in that and I’ve been heavily involved in the album art on all my records.

As a multi-instrumentalist, what instrument are you drawn to first when writing?
It does change around. Guitar is my first instrument in a lot of ways and it’s the instrument I feel most comfortable with but I write a certain kind of song when I start with guitar. When I’ve exhausted myself trying to write a song on guitar, then it’s extremely helpful to move over to keyboard or piano or synthesizer or to move over to bass guitar because even the difference between guitar and bass can be pretty monumental in terms of how a song comes together. Those are the main three things that I usually start on.

I know you grew up listening to a lot of soul, who were some artists that made an impact on you growing up?
The first show I ever saw, I must have been about five or six, my parents took me to an R.E.M concert which was pretty cool. Apparently my first favourite song I ever had was ‘Losing My Religion’ by R.E.M which is a weird song to like when you’re five years old. It’s kind of funny because in a way it sort of makes sense to me now because I’ve always been the type of person that listens to song structure and melody before I listen to lyrics so I probably just liked it because I liked the melody. That’s one thing that had an affect on me. My parents had kept their record collection so I would listen to records with my mum sometimes, like Simon and Garfunkel, Led Zeppelin, The Beatles and that kind of stuff when I was really young. Then, as I got older my tastes kind of formed it’s own ideas about what I wanted to listen to and I spent a good chunk of my youth listening to pop punk… My musical evolution is not particularly unique I don’t think but has also changed quite a bit throughout my lifetime.

What sort of stuff do you listen to now, have you found anything lately you’ve really loved?
I’ve been obsessed with this record called Prefab Sprout called Two Wheels Good, that’s been my favourite record lately, I listen to it all the time. A lot of Philly soul music. I’ve been listening to a band called The Blue Nile a lot recently. Still a lot of older stuff from the seventies and eighties.

Once the album’s out, what’s next for you touring wise?
We’ve got some stuff planned. I think first we’ll do some touring in America, then Europe, and we’ve kind of got some stuff planned for the Spring and the Summer, none of it’s been announced yet, it’s all still in the works. I think we plan on seeing this record through to the full extent and I think we plan on getting to as many places that will have us.

Is Australia on the cards?
Well, not currently, but it’s something that we talk about. It’s sort of an inevitable situation, we all know that we’re going to get there at some point but we don’t know exactly when.

How did you find the shows last time you guys were here?
They were great, it feels like a long time ago now, which is sad. We had a great time, it was good.

Life of Pause is out February 19 via Captured Tracks / Remote Control Records.