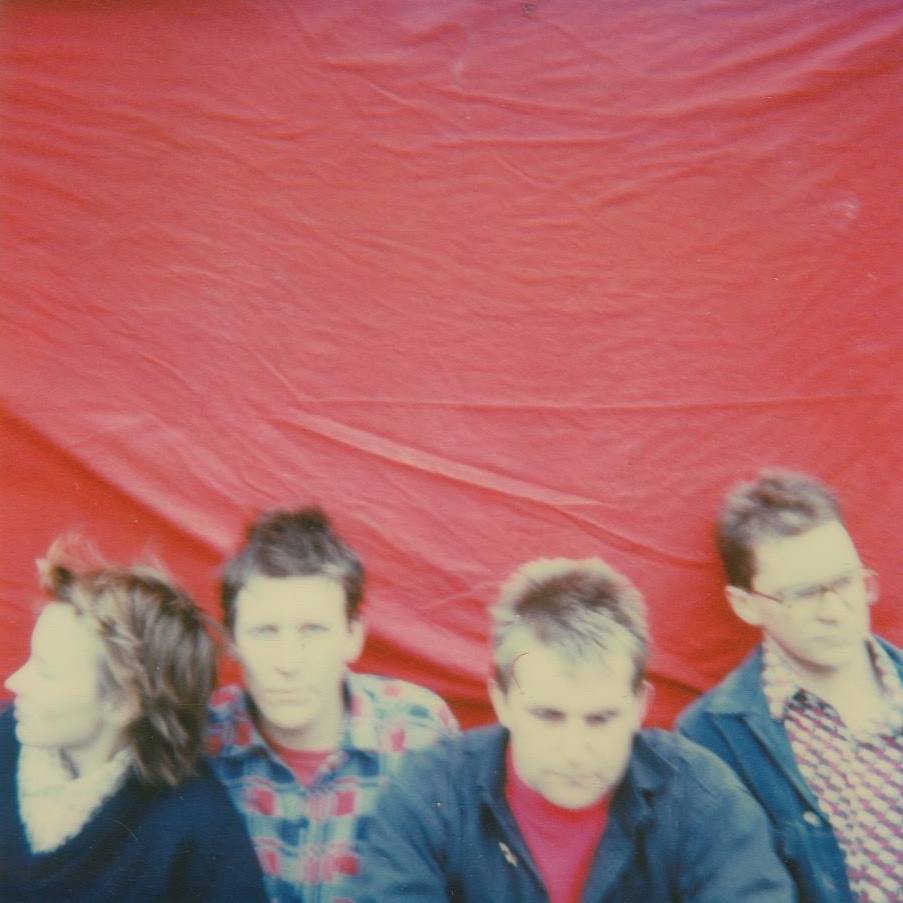 Legendary New Zealand band, The Bats return this month with their ninth studio album, The Deep Set, out on the 27th via renowned Christchurch label, Flying Nun Records. Forming in 1982, the band recorded their debut album in a friend’s living room in Glasgow and 30 years later, recorded The Deep Set at The Sitting Room, next to producer Ben Edward’s house in Lyttelton, New Zealand. We had a chat to Robert Scott, frontman of The Bats and bassist for (now defunct) The Clean to learn more about their new forthcoming record.

The Deep Set comes out next month and congratulations its such a great album. The first single, ‘Antlers’ has already had a really warm reception. How are you feeling about the album’s release?
I’m still getting my head around the fact that there’s a new bunch of songs coming out because they’re kind of old to me. Because we recorded them quite a while ago, some of them are as old as 2013/2014. It’s an interesting process.

It’s 30 years since you recorded your debut album, you guys recorded at The Sitting Room, how did you find the process of this record coming together compared to when you started out?
When we started out we had a lot more time to work on stuff. With family and work commitments these days, we have less time to work on things in terms of finding time to et away and work with the whole band. Every time we get together it’s different anyway, it’s sort of a continuation of the process in a way. With these songs, I’d written them ahead of time and we had a few song rehearsals and we went through them all and knocked them into shape ready for the studio. By the time we got to the studio, they were pretty well ready to go so we knew what we were doing with them.

Being in a band together for such a long time, have you found the way your guys collaborate and the way that your music comes together has changed?
Not really, no. It’s pretty much stayed the same. I come up with the basics of the songs in terms of the chord structure and vocal melody so it’s pretty similar. I just get a bunch of songs together that I’ve been writing over a period of time and choose the ones that I think are strongest because I’m pretty much writing all the time. It’s a case of when we find out that recording is coming up in the near future. I guess I collate a pile of songs that I think that would work for an album. I don’t really think of them in terms of them gelling together, it’s more getting a set of songs that I think are strong and that I’m happy for the wider world to hear.

Sydney Festival is going to be the premiere of The Deep Set and I heard you will be accompanied by a string section too – what else have you got up your sleeve for this one?
Well there were two guys we got to play on the album, we felt like we wanted a bit of coloration and a point of difference on the album. For the festival we thought it’d be good to get them over as well to add a bit of interest.

It sounds like it’ll be a pretty special show. You guys have been with Flying Nun records for a long time, what has it been like to be part of their family? Do you think they’ve had an impact on the way you approached recording?
Yeah we can record anything we want. You read stories in music magazines about bands presenting a set of songs to their label and the label saying, ‘Go away and write some better songs.’ We’ve never had that problem, Flying Nun have always just let us do what we want, I suppose. We’ve been really lucky in that regard, having complete artistic freedom and Flying Nun has always encouraged and fosters amongst bands the idea to keep their originality. The label is known for its varied and original songwriting. Flying Nun are keen to give the writers a pretty free reign in that area.

When you guys started out, what was the scene like in Christchurch? What was it like to book shows? Were there bands you could look to and follow in their footsteps?
There wasn’t much industry associated with the music scene so it was very much driven by bands. We would approach the venues, make posters ourselves and put them up ourselves and word of mouth would get around – obviously it was pre-internet. There was a very strong live scene so as soon as posters were up, people knew to come to the show. It was a great live scene back then, there were a lot of people going out, less stuff competing for the entertainment dollar so you pretty much always got a good crowd.

Forming The Bats, were your musical tastes quite similar from the beginning?
Yeah we were all in similar music circles in terms of making original music. We all had similar tastes, enjoying bands like The Velvet Underground, experimental music, krautrock, obvious stuff like The Beatles and The Birds. People in the crowds we were moving amongst had very big record collections so people involved in all the bands were big big music fans.

Do you find your tastes still overlap now?
Yeah to some degree. I do hear a bit of new music but I kind of revert back to stuff I’ve been listening to in the past as well. As you get older, you get to be a bit more fussy. I hear about different bands from people or through Facebook or whatever, and a lot of it’s pretty average really.

After this Australian tour, do you have any touring plans in the works for 2017?
Yeah we’re doing a NZ tour for the album, then we hope to go to Europe and America to promote it. We’re just in the process of trying to book some shows for the middle of the year.

Are there any favourite cities in particular that you love to return to on tour?
Yeah, I really enjoy playing Germany. We have really nice fans there, really knowledgeable and attentive and appreciative. Also, France. We’ve enjoyed playing there. The UK, to a certain extent, is pretty cool. America is always good as well, we have a lot of friendly fans there.

The Deep Set is out January 27 via Flying Nun. The Bats Australian tour dates below.