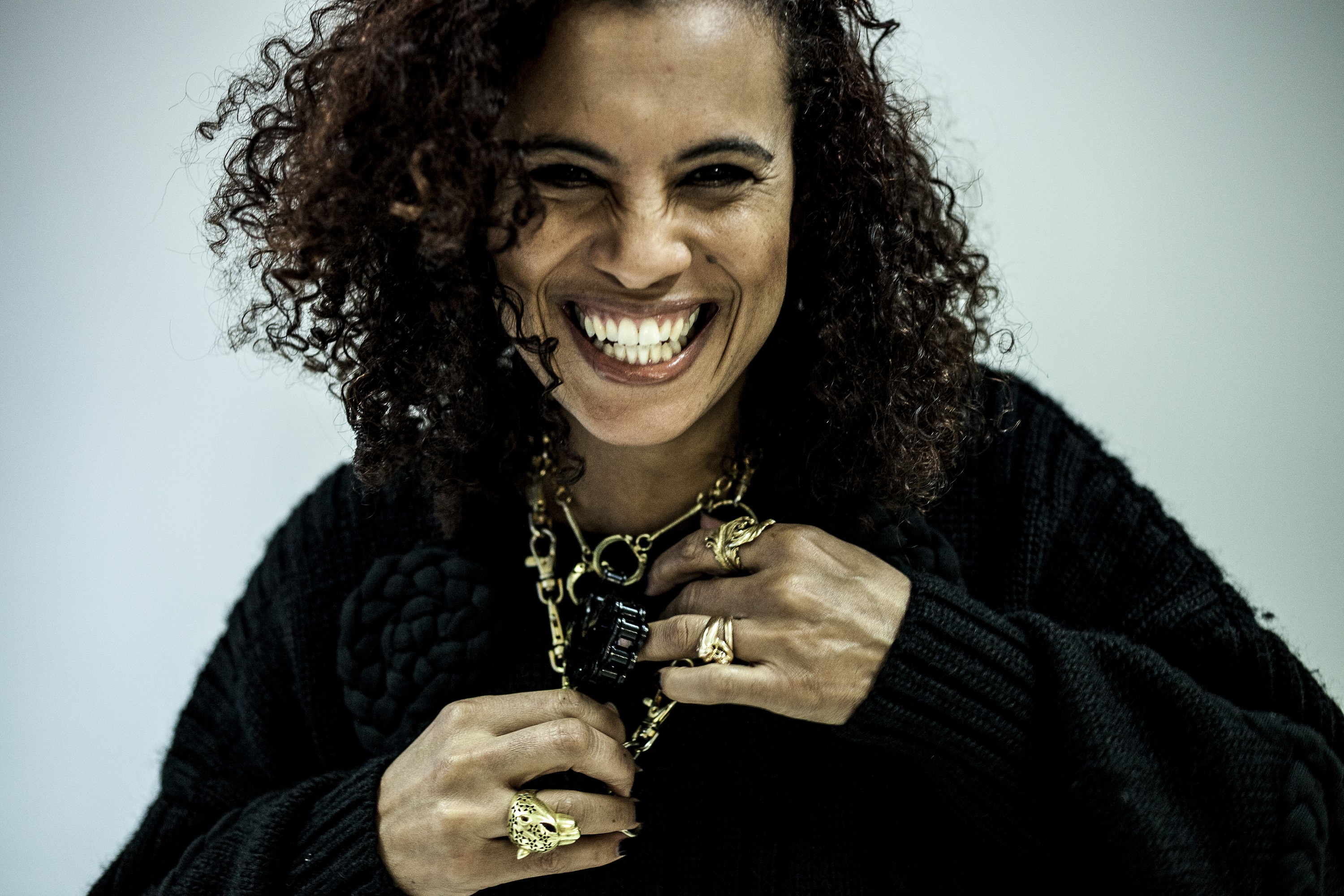 Pioneering avant-garde pop queen Neneh Cherry’s seminal album Raw Like Sushi (1989) inspired a legion of pop artists to follow in her footsteps. After years of collaborating with other artists and her band Cherry Thing , Neneh Cherry has returned with her first solo album in seventeen years, Blank Space. Neneh Cherry kicks off her first ever Australian tour this month and we had a chat to find out more about her new record and what it’s like to step out on her own after all this time.

Hey Neneh, how are you going?
Hi darling. Yeah good. I’m really sick though, I get really horrible Bronchitis, I’ve had this really strong cough medicine so now I’m all dopey. When I woke up this morning I felt like the threads of my brain was all knots. I’ve been sick for about eight weeks now, it really sucks. I’ve pulling my boots up to go and do gigs and then I get home and I get sick again. Now I’m really sick but I don’t have much to do until I come down to your end of the world and that’s going to be really exciting!

Have you ever been to Australia before?
I’ve came when my first solo album was out, about 100 years ago. I went down there to do some promo but quick. It was all a bit of a blur. So it’s going to be really cool to come and just be there and play some music. See some people. I can’t wait/

Is there anywhere you’re particularly keen to visit?
Oh god, there’s tonnes of places. I want to see the nature, the amazing nature. I’m not going to have time, it’s not one of those trips but I have some really special friends in Perth and New Zealand. Getting the chance to see them is going to be really amazing. It’s a pretty tight trip, I’m just happy to be there and see the things that I’m going to see. We’re always exploring though so it’s going to be fine.

You made your NY debut recently, how’d you find the show?
I think it was one of my favourite gigs. New York is home territory for me, I grew up there so it was an important show on many levels. There were a lot of my family and friends and you should feel more relaxed than ever when you’re in the bosom of your family but there’s a lot of anticipation I suppose. I felt like everyone was holding onto us and embracing us – it was a really magical night. I saw so many people I hadn’t seen from a long time like Chris and Tina from Talking Heads and we used to be neighbours. Just a lot of faces from my life so it was great, it was really cool.

You’ve only worked in collaboration with other artists for the last 17 years – how does it feel now to step out as a solo artist again?
It’s been a great time. I sometimes annoy myself because it’s not like I haven’t wanted to make a solo record but there was always another agenda and another route I needed to take. Being with my family and focusing on that and a lot of the music I’ve been doing has been about exploring other ways of working with other people. I knew when it was time; I could feel it, about four years ago. I felt the components were there and thought if I don’t do this now I’m going to go crazy, you know what I mean? It’s been a really great journey. It’s a weird thing – it’s both familiar but feels very new. I think it feels very natural to me the way that this record has been made and the people I’ve been working with and the way we’re playing the music from the album – it just feels very close. There’s a complicated aspect sometimes because you never quite know when you’re going to do a show or something how it’s going to be. The approach that we take in the way that we play is very stripped down and it is what it is. I think in a way, that’s left us in a place that’s quite playful and pushed the boundaries the whole way and we’ve grown within the songs. It feels really fresh and it feels really cool for me being where I am and doing this for as long as I have to be in a place of starting. It feels like I’m just starting to do what I really want to do. It’s hard to explain but it’s a joy.

Is Blank Project a collection of songs you’ve written over a long period of time or did you write with the intention of making an album?
Yeah it was definitely for an album. They were different segments, I had a period of time when I was just writing about myself. I came over to London, because I was still living in Stockholm and it took a few months of writing and putting the album together. lot I think the album is the way it is because none of it took that long. In a way, that is how it needed to be. I didn’t want to do anything where I would start to overthink things, or worry about what it was going to be, it was more about just doing it. That’s why we wanted to record the album in a kind of live set up. An electronic sound was always an intrinsic important part of it. Setting it up and letting it take shape rather than constantly changing it and layering the music with tonnes of different sounds and stuff. That’s why RocketNumberNine were kind of the perfect band – they are what they are and it’s pretty unusual to have an electronic set up to not have something somewhere preprogrammed, it’s all totally live. They saw a universe to the songs. All the pieces, we all found each other thank god. The record wouldn’t have become what it did without them. After we get back from Australia we’re going to go back and start work on the new album.

You grew up around some really talented musicians. When was your interest in making music yourself first sparked?
The music has always been there and been a huge part of my life. Between dancing and listening to music and making music had a very close turnover. When I was sixteen and came to London and met a bunch of people making music and before I knew it, so was I. It was almost like they could see it more in me than I could. The first band I ever joined was Rip, Rig + Panic and they asked me if I would sing on some songs and I really had no clue. I don’t think I saw myself as a singer, I just thought what can I lose. When I went into the studio for the first time with Rip, Rig + Panic it was like I’d opened this other box in myself that I really needed to get out of. From there, it became one of the only ways that I feel like I can really tap in to myself and communicate certain things that I couldn’t even say in normal life.  It’s quite primal, I think. It’s always been medicinal, whether I’m singing or listening. It helps me make sense of things for a minute or two.

What kind of stuff were you listening to growing up? Was there anything in particular that really struck you?
I heard all kinds of music because there was all kinds of music being played in my house. I heard everything from free jazz to African to Cuban, to soul… I picked up my own things that I loved along the way like The Jackson 5. The first albums that I bought were like Parliament, Stevie Wonder’s Songs in the Key of Life, Chaka Khan, Johnny “Guitar” Watson… Then I got really into punk, and then hip hop and reggae music. I suppose the after effect of growing up in an environment where I’ve heard a lot of things, meant that what I do is a weird mixture of things. I’m on the outside of things rather than on the inside. The music has never been straight and it’s not even a thing of trying to be non conformist. I’ve grown up and worked with people who are more interested in not fitting in than fitting it and are just trying to hear their own voice. Freestyling. Breaking the rules. If there are any. Maybe, I got that from growing up. There was always such a mixture of sounds and people and it kind of creates a sense of belonging. You understand that there isn’t just one way to do things. My dad used to say the most important thing is to be yourself which is actually quite hard.

What are you most excited about that’s coming up this year?
The first thing on my list is coming there to play. For us it’s quite a big thing and we’re excited about. The other thing I’m excited about is writing some new tunes. I just need to get rid of my cough. Get ready to roll, as they say.