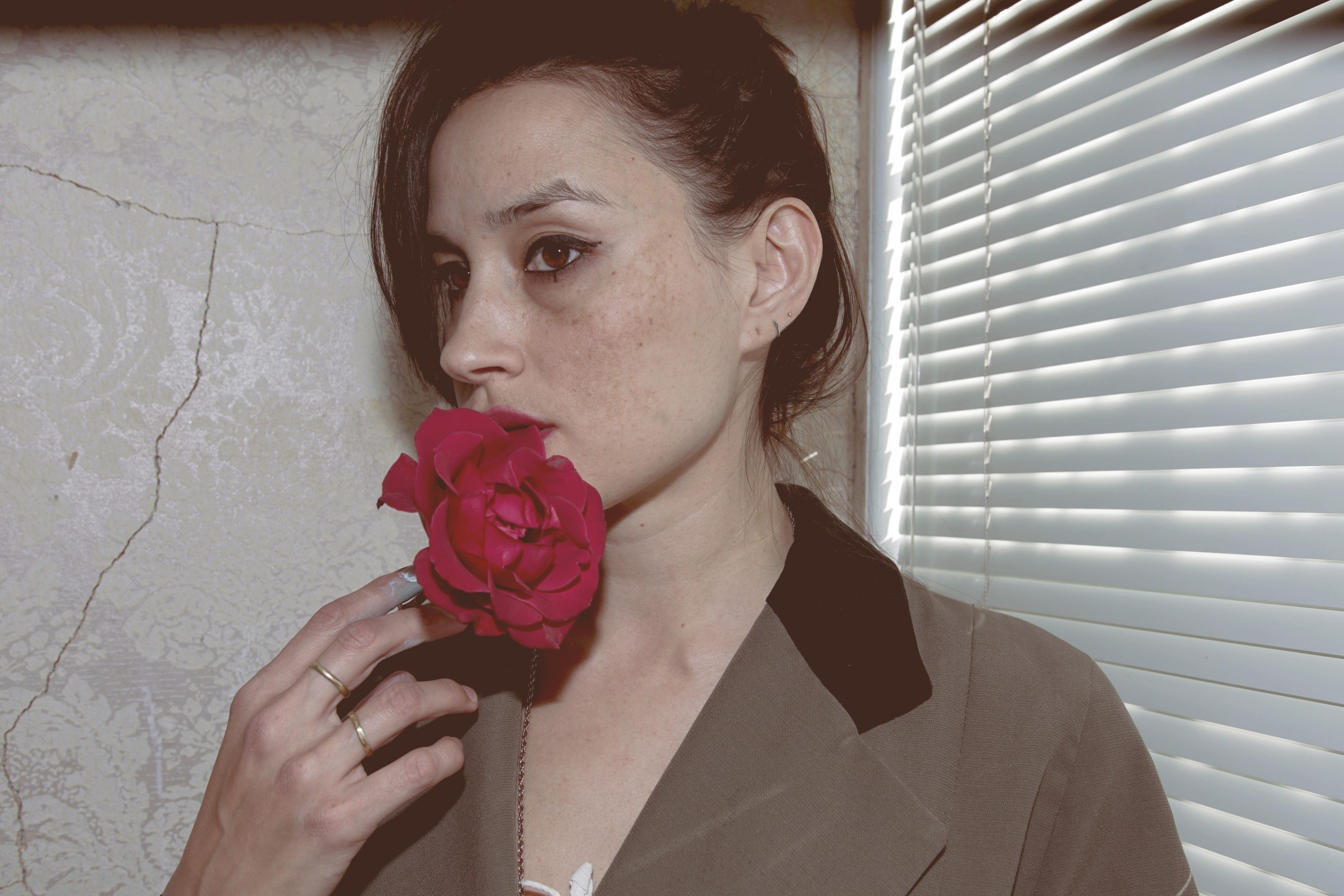 LoveLaws, Theresa Wayman’s first album under the moniker TT arrives this Friday. Written, performed and recorded entirely by Wayman, the album traverses the complexities of love, romance, womanhood and being a mother, through a wholly unique soundscape dubbed by Wayman as ‘bedroom folk’. Through navigating many musical tangents and day to day roles as a touring artist, member of Warpaint and mother, LoveLaws is the product of deep introspection and catharsis. Having just landed in Singapore for Warpaint’s second support show with Harry Styles, Theresa Wayman was kind enough to take some time out to chat about how TT came to be.

You just jumped off a plane right? How is the Harry Styles tour going?
We did the first one yesterday and it was super fun! I really liked it. The fans are so excited and happy, it’s the best feeling in the world.

How do you prepare for shows like this in terms of arranging a set?
It’s a 40 minute set, so we’re kind of just playing almost the same songs that we played for Depeche Mode and when we do a 40 minute festival slot. It’s kind of the bangers and a couple of offbeat ones. Our tried and true favourites that really get the point across, that kind of tell the whole story. We know which ones that people would really miss hearing.

LoveLaws come out in just a couple of weeks – how are you feeling about it being out in the world?
I feel really excited. I feel like I’ve been waiting a while to get to this point and I keep forgetting that people still haven’t heard the album and the whole story. I just want it to be out and for people to have it in their hands. To feel like the process is kind of complete and that’ll be really big and then I can move on and start the next thing. Keep going.

Sometimes there can be this weird pressure attached to a member of a well known band “stepping out on their own” and “going solo” sort of thing – have you felt anything like that so far?
I think it’s maybe different nowadays in a way. I think it used to be more strange if a band member to go and do a solo album but I feel like that just happens a lot more now. People are dipping into all kinds of different projects all the time which seems normal to me. I’m not trying to make any kind of Beyonce leaving Destiny’s Child statement, you know [laughs]. I’m expecting whatever happens naturally from my album to happen and I just needed to do it because I have a lot of personal things that I want to get out that I can’t just get out all the time in Warpaint. I want to continue doing that as far as it can go. I’m not just Warpaint. I think the girls in the band do that as well. Stella drums on all kinds of albums and writes for people and does soundtracks. Jen has her own album and is writing another one. Emily has all kinds of her own music. It’s so important for Warpaint that we do our own things as well as it being important for us individually.

Having complete creative control over the outcome of each song and doing all of the instrumentation must have been a pretty liberating and cathartic thing. What differences did you notice in the whole process of putting this album together compared to Warpaint albums?
The main difference was that I didn’t have any time constraints and I got to really dive in and “perfect” my thoughts. I think certain songs feel perfect to me and there’s certain ones that have a little something that I would change but not really. I finally got to a point where I’m like, ‘OK, these are right and they’ve come as far as they can go before I start killing them and beating them to death. I just felt like the thing as a whole was done. I got to feel that out for myself and I didn’t have to think about money, studio time, pressure from a release date that was set before I even finished the album. I didn’t have to do any of that. I got to decide when to release it as soon as I was done. That was a really eye-opening thing for me. I think having money issues or concerns, studio time concerns, release date concerns, when you’re trying to make an album is ridiculous. It doesn’t lend itself to making something that is as good as it could be.

Starting out, did you think this would come to the point of being a TT album?
Well a lot these songs I was messing around with and created them in the process of learning how to record myself. After a few years, I realised I had enough to turn into an album. That’s kind of how it all came about. Lyrically and of it being LoveLaws, centred around different aspects of love and romance and self-empowerment, friendship and unconditional love – that whole concept kind of came later. I had the music but the concept came together in a new bubble that attached itself. It’s of the past and what I’ve currently been going through.

It does really exist in it’s own world. Do you think this world is something that you’ll keep contributing to, continue the catalogue or is it kind of a standalone project?
Good question. I have pieces of music that I’ve started from the same era that I don’t necessarily want to throw away so I think this will extend forward, things might sound somewhat similar. I’m a little bit schizophrenic. One day I want to make music like this album and then the next day I want to make something even more ambient. Then a week later, I’ll want to be doing something more angular that doesn’t have any kind of structure, and then I’ll want to do a dance album. I don’t really know where I’m going to go next but I would like to keep exploring whatever it is that it means.

I’m interested by something you’ve mentioned about writing in a similar style to Bjork – what have you noticed or taken away from the way she works?
I’m working the way I imagine she would work. There’s probably some similarities. I listened to her a lot when I was younger, I don’t listen to her music as much now but I do see her play live when I can still. I used to listen to Debut, Post and Homogenic on repeat and the remixes album. It got me really into this somewhat pop-y music, the kind that’s unique, that’s a kind of spin on dance music but it reminds me a bit of hip hop too, in that instead of using samples, she uses “found sounds” and creates instruments out of that. It’s a way of being a musician as a curator of tones that then get woven together to make a song that is a tapestry. You don’t necessarily know what the song is going to need. A song can need a specific sound or part but that’s not necessarily going to be a guitar because I’m a guitarist. For Bjork, it could be any sound coming from any instrument. There’s no rules, whatever the song is kind of calling for. I don’t know if I’ve explained it very well. The song is an entity in itself and it’s not about being one type of musician thing.

Is the prospect of of endless ways to approach a song overwhelming or exciting to you?
I think it’s really exciting. It’s just really fun. It’s like a weaving and in the end you have a piece you could hang in your room and it would make your room feel a certain way. I feel like my album isn’t ambient but it fulfils the definition of ambient music in the sense that it’s very mood driven and creates something to feel and think to and experience on a physical level. It’s just a mood.

After touring so consistently with Warpaint for fourteen years, do you see yourself taking TT on the road around the world? Can you imagine that kind of future for the project?
I don’t think I want to tour it so much. It would be great to play everywhere, I would of course love to do that if I was offered that but I think I’m not going to push for it. I don’t have that in me. I would rather just be at home creating more content and having some time to write, make music and see where it takes me. I’m getting into the more visual aspects of what I’m saying with the music as well and exploring being an artist as opposed to someone who’s in the business of art, you know?

LoveLaws is out Friday May 18th via Caroline Records.