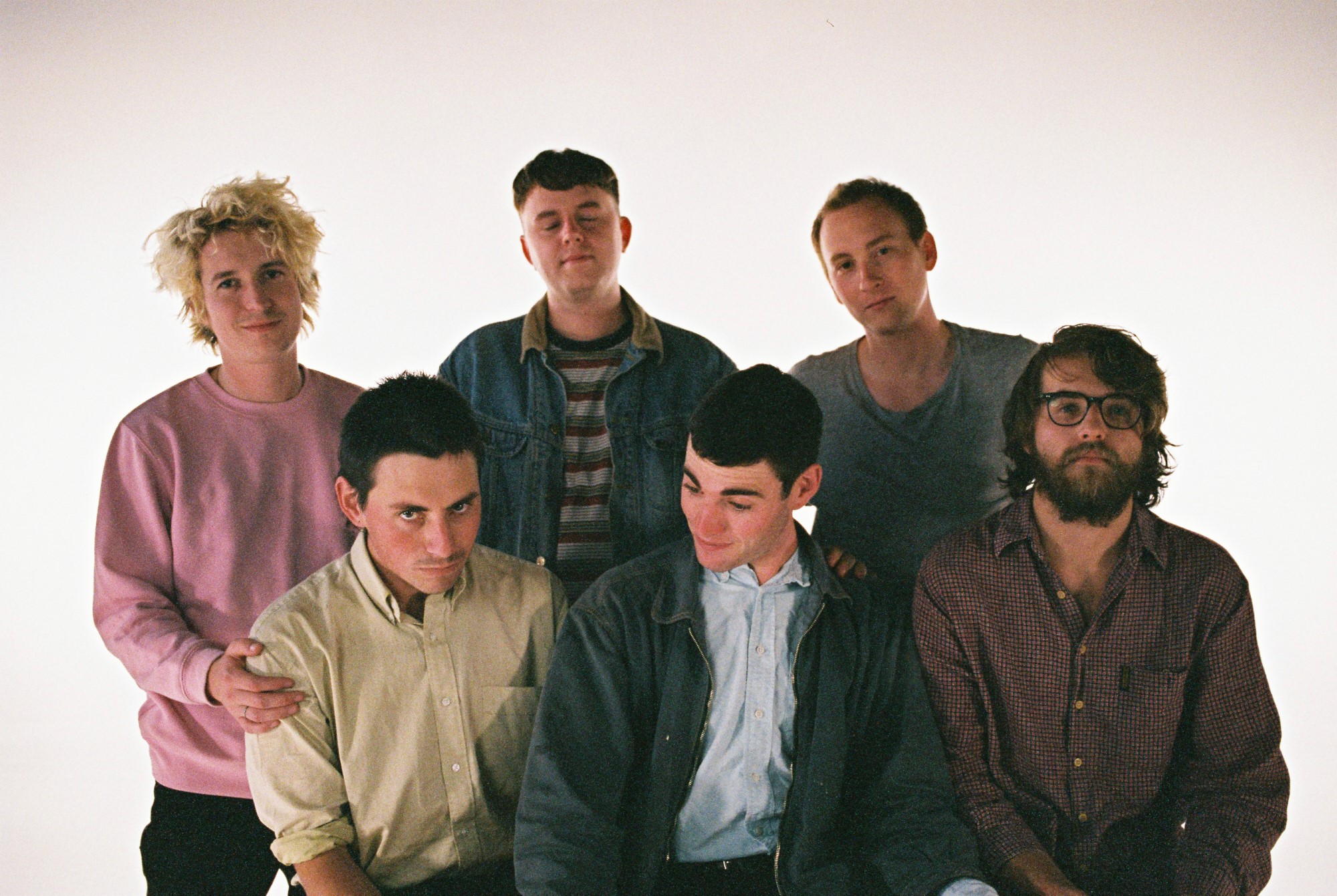 Melbourne via Wagga Wagga six-piece The Ocean Party may just be the hardest working band in the country. Having just delivered their sixth album seven years, Restless, the band are in the middle of a huge 24-date national tour. The Ocean Party’s Jordan Thompson (vocals/keys) took some time out for a chat about their new record, the national tour and staying relatively sane on the road.

You guys have been on tour for over a week now, how have the shows been so far?

Yeah, really good. A totally positive experience. We haven’t had any bad turnouts or anything like that, it’s been lots of fun.

It’s a massive tour you guys have taken on, something like 24 dates?..
Yeah it’s a little bit bigger than last year’s and that one was bigger than the one before that. Every year it gets a little bigger.

What are your plans for staying sane, I guess, travelling for such lengths and being so busy?
Well, I guess it depends on what you mean by sanity. After about three hours in the car, that starts slipping away a bit. We’re in the car for much longer than that this time, so there’s an absence of rational conversation. The other side of it is, we’re six people who spend a lot of time together so we know how to handle it.

Are you taking on most of the tour in the van or is it a mixture of flights and van trips?
There’s a couple of flights, this is the huge leg of it. We have to go down to Tassie and over to Perth as well. We’ll have had enough of driving by then.

Restless came out just a couple weeks ago, it’s such a great records – how have you been finding the response live shows?
Thank you, yeah, really good, people seem to be really interested. What’s fun about it also is, we sort of wrote these songs and had them ready to go last year while we were touring the last album so it’s nice that we’ve finally got them all into the sets because they’ve been around for a while. These are songs that we’ve been really familiar with for more than twelve months and we’re actually playing them now, so that feels really nice.

It’s your sixth album in seven years – I know all of you guys always play equal parts in the songwriting – has the process of your music coming together changed much over the years since you first began recording?
Yeah over the years it has, not so much recently though. It’s always fluctuating a little bit and the process that we go through and the methodology of where we recorded and how we were doing it changed a bit. From our third album, we settled into this rhythm of everybody contributing songs and singing on the album and totally sharing that stuff. So since the third album, Split, we’ve just continued that tradition.

You guys come across as an incredibly hard working band – what do you do in your down time that you have?We’re always in different stages of the cycle of working on the new Ocean Party stuff, when we do this travelling and touring, we’re also listening to mixes and demos of the next stuff that’s going to come out. There’s that process then throughout the year there’s the writing process and the demoing process and recording. It’s a process that stretches out nicely to a cycle of about twelve months so we’re always in a different stage.

Other than demos, what kind of stuff have you been listening to in the van?
After the first couple of stints travelling longer distances we kind of came to the realisation that not a lot of music in the car is better than playlisting the whole thing. So we don’t listen to a lot of music in the car. The other thing is that I guess, when you listen to music you subconsciously have the time frame in your head so by the time the album finishes you realise it’s only been like half an hour. Conversation is a lot better for passing time. We were listening to The Streets’ Original Pirate Material today which was a nice and reminiscent afternoon. Whenever we come into a new town we’re playing in, we’ll tune into the local station to see what’s up.

Do you find your collective tastes overlap in terms of what you listened to growing up and what you like now?Yeah, because all of us have been together since high school, we all went through the same cycles of appreciating different stuff and then moving on and having our musical taste buds mature in different ways. We can still revisit different stages together and enjoy it but I think with some of that stuff, the nostalgic value means that being able to evaluate it is a bit difficult. I can’t assess something that I feel really attached to.

You guys always have such great videos and really beautiful album art – how involved are you guys in the visual sides of things?
The album out mostly comes from Lachlan who does a bit of painting and graphic stuff which is great. It’s a really nice style that I think gives the music a bit of unity to the visual side of the band. The video clips are not as considered as they might seem. Friends of ours like Matt Cribb who’s done a couple of videos with us – we hang out anyway so we throw ideas around while we’re at the pub and Matt’s really good at actually making us commit to ideas that we have. So they come together like that and we end up having a day of filming and then it turns into something real. We don’t sit down and map out the visual stuff but it does all come from us hanging out and talking and thinking about what we like.

I read you guys will be taking the tour overseas as well, is anything locked in yet where you might be heading?
Yeah, well we’ve got our tickets to the states booked for next February. The tour’s not booked yet but we’ll have to start moving on that because it’s not that far away. That’ll be really great. We’re also thinking about going to Japan because ‘Restless’ is coming out in Japan in December and that will be the first time we’ve put out anything there. So a bit of travel coming up.