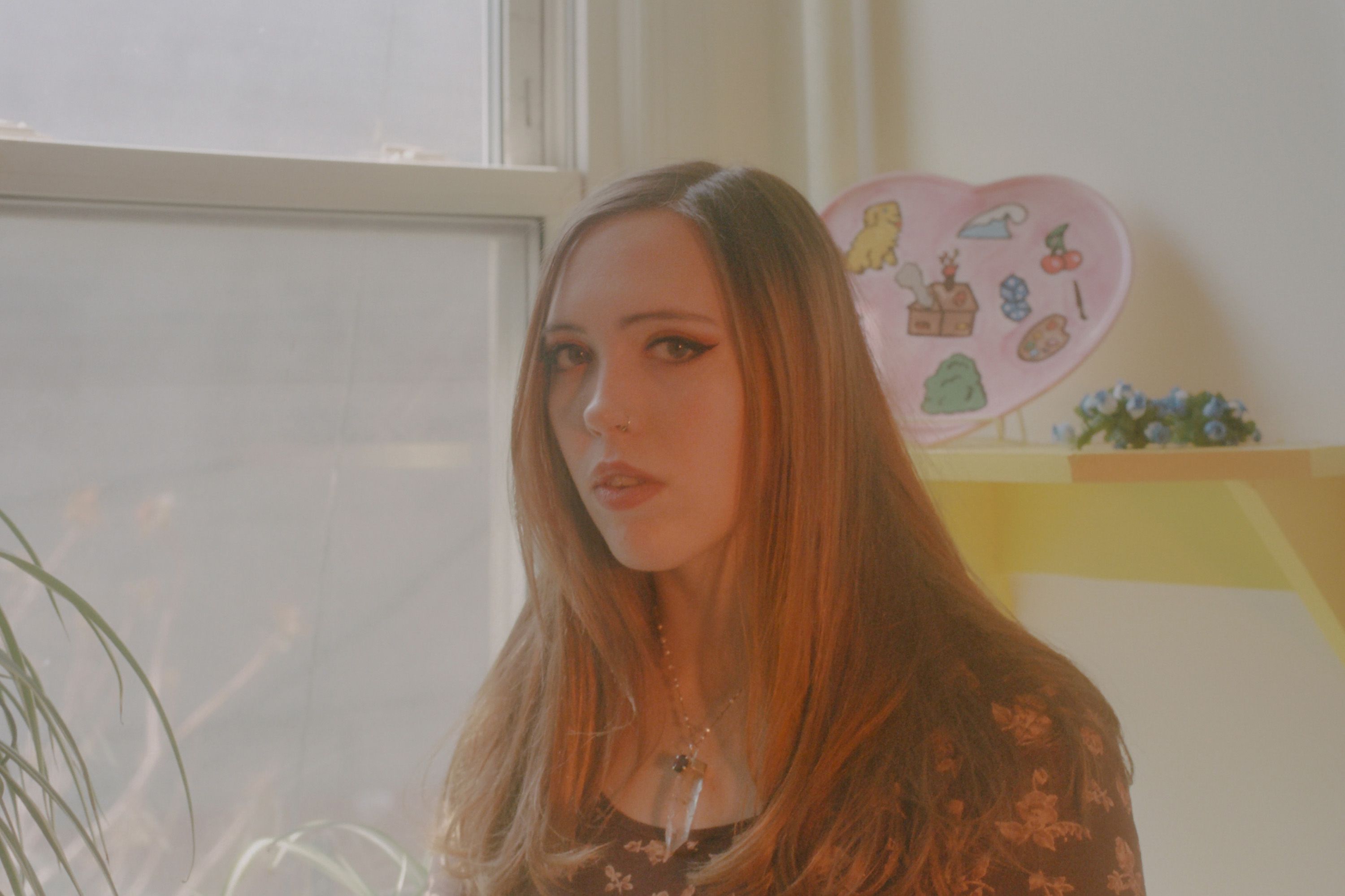 Nashville born and based artist Soccer Mommy (aka Sophie Allison) picked up the guitar at age five and has since created an impressive back-catalogue of work with unwavering focus. Releasing a series of songs and EPs on Bandcamp, and later two self-recorded albums For Young Hearts (2016) and Collection (2017), Soccer Mommy was picked up by Fat Possum Records and shared her debut studio album, Clean in March this year. The album catapulted the Nashville artist into international conciousness and lead to non-stop international touring and festival performances. Soccer Mommy returns to Australia for the second time this year for a national run of Falls Festival dates, as well as sideshows in Sydney and Melbourne. Sophie Allison was kind enough to take some time out for a chat before she takes her band on the road again for a string of US headline shows.

Where abouts are you at the moment?
I’m back home in Nashville right now.

You’ve been on the road touring around Europe for the past couple months with Kacey Musgraves who I know you’re a big fan of, how did you find the tour?
It was really fun, honestly. It was one of my favourite tours we’ve done. I’m a huge fan of her new album, and her old stuff too and it was an amazing show. The band and the crew were all super nice.

There were some amazing venues and destinations like Iceland, did you pick up any cues or tips from Kacey touring on that scale?
Well at the start it was just me and Julian my guitar player. I played the first two shows solo and he came with so I wouldn’t be alone in Europe. Then the other two guys met us when we got to the UK. So we actually ended up staying on their tour bus for a couple of days and that was interesting. We had never been on a tour bus so that definitely gave us a new perspective as to what that was like. I don’t think that’s anything we’ll be doing on our own for a good while though.

You head back to Australia at the end of the year for a second time for Falls Festival and some sideshows, how did you find your last trip for Splendour in the Grass?
We really liked it, I thought it was super fun. The weather was beautiful and Byron Bay was really nice. It was a super chill trip.

This past year from the outside seems pretty momentous. You released Clean, then basically toured non-stop around the world and will be for the forseeable future, I imagine it would be a lot ot digest? From releasing self- recorded tracks on bandcamp to a whole lot of people around the world hearing the record?
Yeah definitely. I don’t know, I don’t know how to gauge growth. It’s hard when you’re the person doing it to know if you’re blowing up or whatever. It just feels like steadily stuff gets bigger and bigger and you get more good offers. Even if it’s during a quick period, you don’t jump from playing a small venue to a big one the next, it’s over months of time that you grow. So I don’t know, I’m fairly new to touring at all so it’s hard to tell.

As a songwriter who’s always been totally autonomous in your work, how did you find the experience of collaborating with producer Gabe Wax initially and I guess, relinquishing a little bit of control?
I thought it was really fun. I don’t think I would have worked with a producer if I didn’t feel like it was still my vision. I just had a very specific idea of what I wanted the record to feel like and although that’s really hard to articulate – what every element should sound like, I knew what I wanted it to feel like. If someone can’t take that from me and help me articulate it and turn it into a product that feels right, I don’t think that I would work with them. Gabe and I worked really well and I think that he helped make the album even better than it would have been if I had tried to do it and I also it was just really fun to bounce ideas off each other.

I know you’ve been playing guitar since you were five years old, when did you begin writing songs?
Same time. They were, like, not good at all. I was just making up nonsense to not-real chords. It’s always been a thing of writing and playing guitar synonymously.

How did you find growing up as a songwriter in a place like Nashville? Do you think it had much of an impact?
Growing up there, music was always something that was very accepted and something a lot of people around me were doing but I don’t think that I really got influenced by Nashville music when I was younger, singer-songwriter stuff wasn’t what I was drawn to.

What kind of stuff were you listening to that stood out to you?
When I was in high school, bands like Sleater Kinney, Hole, Sonic Youth, The Cars and then pop stuff like Taylor Swift. It was a wide variety of stuff but not a lot of singer-songwriter-y stuff. There was some Leonard Cohen and Joni Mitchell going on, some soul stuff. It wasn’t really a classic Nashville sound.

Constantly being on the road, do you manage to write much or is that a between touring thing for you?
I definitely write more when I’m at home but I do write on the road. I try to get time to write, whether I just play my guitar before a show or play it in the hotel room on an off day or with the band, going through ideas but I definitely find more time to write when I’m home.

Your videos are always so great, how involved are you in the concepts behind them?
For the videos I’ve given all of the concepts for each one. I give a full idea and maybe a couple specific influences and scene ideas to a director and let them take it from there. I think it’s super important to portray the music in the right way.

You have live dates booked into next year, do you have a period of calm coming up anytime soon?
I guess January is a bit of a break and we have a bit of a break now for a week and a half, and then some more time in December after we do this headline tour before the Australian trip. We have most of January off and a good chunk of March as well.

Think you might head back into the studio anytime soon? I’m totally fishing…
I have no clue yet, I have absolutely no idea. We’re kind of figuring that all out right now.