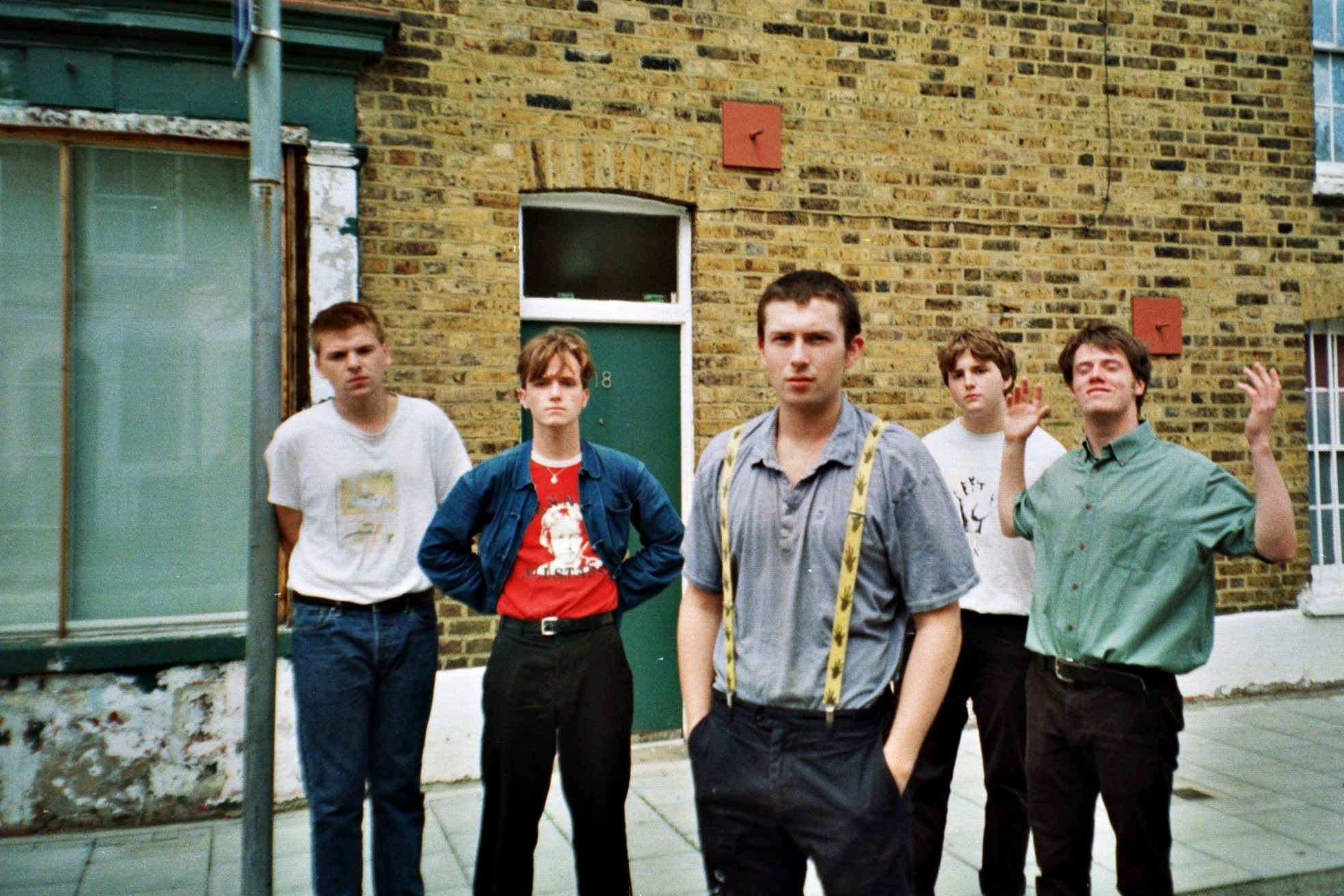 Brixton five-piece SHAME released their highly acclaimed debut album Songs of Praise on January 12th. Formed three years ago in the same rehearsal space that spawned Fat White Family and many other UK musical veterans, where they encountered many a character shaping experience beyond their young years. I had a chat with Charlie Steen (vox) shortly after the band arrived on Australian soil before they embarked on their Laneway Festival tour.

Coming off the back of such a huge year, especially touring wise – how do you prepare for international tours like this? Do you have any tips for keeping sane travelling so much?

I don’t think there is a way to stay sane on the road. I think touring keeps mental instability fresh, a constant growing organism. There are things you can do. When you first start, you want to go out every time you can, drink everything, eat every meal that’s given to you, go to every club that someone recommends, stay in every pub that’s open until late and take everything that’s on offer to you but you get kind of worn down. I think the best thing you can do is make sure you have a good night or whatever but…I’m maybe not the best person to ask about how to keep sane on the road. That’s quite a guru question with an answer that I haven’t quite accomplished yet.

Maybe this trip will enlighten you. Songs of Praise came out earlier this month, and its had such a positive reception – how are you feeling about it now that it’s out in the world?

We are more surprised than anyone you can fucking imagine at the reaction to Songs of Praise has had. It’s all just been another step into the ever-growing absurdity that is this band. I think having an album out, it exposes you to another level that you haven’t experienced before. You might be quite nervous or quite shy about that but it means that you’re probably on the right path and that you’re doing something good. I think it means that we’ve cemented ourselves as a band, we’ve got a collection of work. We’ve always said that we’d like people to either love or hate us. The reaction has been amazing across the UK and America, so now it’s time to get involved in Australia. We’ve got a long way to go, we’re not Britney Spears yet.

A lot of the songs were written when you were about 16 right? How’d you find the process of the recording and the record coming together?
Yeah, our latest single, ‘One Rizla’, I was 16 when we wrote it and the rest of the band was 17. The whole of the album spans a three year period from about age 17-20 and it’s a collection of songs we wrote in that time. Without sounding incredibly fucking cheesy, we’ve known each other since we were kids. Sean and I have been best mates since we were eight, we’ve known each other for way too fucking long. It’s the strongest and weakest point of the band.

You’ve had some unconventional coming of age experiences being based at The Queen’s Head – do you think Shame would be the same band if you didn’t have that space and weren’t surrounded by the people that you were?
No, no. We’d still have our innocence but we wouldn’t be the same band. That pub came into the creation of us. The creation of us as a band was such a product of that. We take so much influence from the environment we’re in and that one was of chaos. I don’t know what the situation is like in Australia and it’s such a large country, but in the UK, there aren’t really any good pubs anymore. All pubs are kind of branded chains now. Whereas, The Queen’s Head was run by the landlord Simon Tickner and it was more of a community than a pub. We would never be the same band, we would never be the same people without the experiences we had there. When we saw it closed, it was the end of an era. I think we were 18 when it closed and we’re 20/21 now.

Did you pick up any nuggets of advice in that time?
Not any advice that is necessarily helpful. No, we did though. There were a lot of bands like The Alabama Spree, Stiff Little Fingers, Fat White Family who were all people that had sort of been through the music industry already and winded up out the other end. They gave us bits of information that were essential to us growing as people. We were lucky to hear the advice that they had and gave us a lot of opportunities that a lot of other bands would probably never be exposed to.

Growing up together, have your collective music tastes overlapped?
Everyone in the band has their own identity and with that, their own genres. Our tastes definitely do overlap, Shame’s collective favourite band is Eddy Current Suppression Ring, the Australian band. We were shown them at 17. Some people listen to Protomartyr, some people listen to The Smiths – we all have a mutual understanding of similar music and the types of music we want to draw particular inspiration from.

Have you found anything lately you’ve really liked?
Yeah, The Chats. Do you know that one? They have the most Australian song ever. You’ve gotta kind of vibe on that. We all love the latest Protomartyr album.

It must be a bit of a dream then to be supporting them on their US tour?
Yeah, I mean it’s amazing. We’re really looking forward to that tour. There are a lot of great bands in the UK that we love like Goat Girl, Sorry, HMLTD who are all making fucking amazing music. I could go on and on about old musicians that we love but I think it’s important to talk about bands who we’re into at the moment.

Yeah totally. You have a unique style of storytelling and lyricism – when did you first begin writing music?
I think apart from Josh the bassist, everyone taught themselves their own instruments. Everyone wrote music from a young age, like in primary school. We started the band when we had just finished our AS levels which is quite a big exam you do in when you’re around 16/17 years old in the UK. It wasn’t so much a decision, it was more of an accident.

You’ve taken on the directorial role in a couple of your music videos – where do you draw inspiration for the concepts behind them?
Yeah it was ‘Tasteless’ and ‘Visa Vulture’. It’s just another form of a creative outlet to be involved and interested in. I think that’s something we’ve always found important. From making zines, to tee shirts that we make and print, photography – it’s a collective to channel our creativity into one vehicle.

Do you think you’ll always be drawn to creating the visual accompaniments to your music?
Yeah, well me personally, I can’t play an instrument for shit. I did a foundation course which is something you can do when you’re 18 in the UK for a year that you don’t have to pay for and go to a school and paint which is what I did. I think we all think it’s very important – the artwork is what your eye is drawn to. It can make an album, or a song or a band symbolic. I don’t mean to sound too serious either, at the end of the day we’re just having a laugh.

It’s been an incredibly busy year or so. After these upcoming tours, do things slow at all for you anytime soon?
Touring Australia and the US is a pipe dream we never could have conceived would become a reality. At the moment, we’re kind of just reaching our hands into a new creative pie that we’re yet to explore and conquer. We’re just going to continue to tour and we’ll be writing throughout. Hopefully we can get our second album out next year. We never look at the finish line, we just take it one step at a time.

Shame’s Songs of Praise is out now. Laneway tour details below.