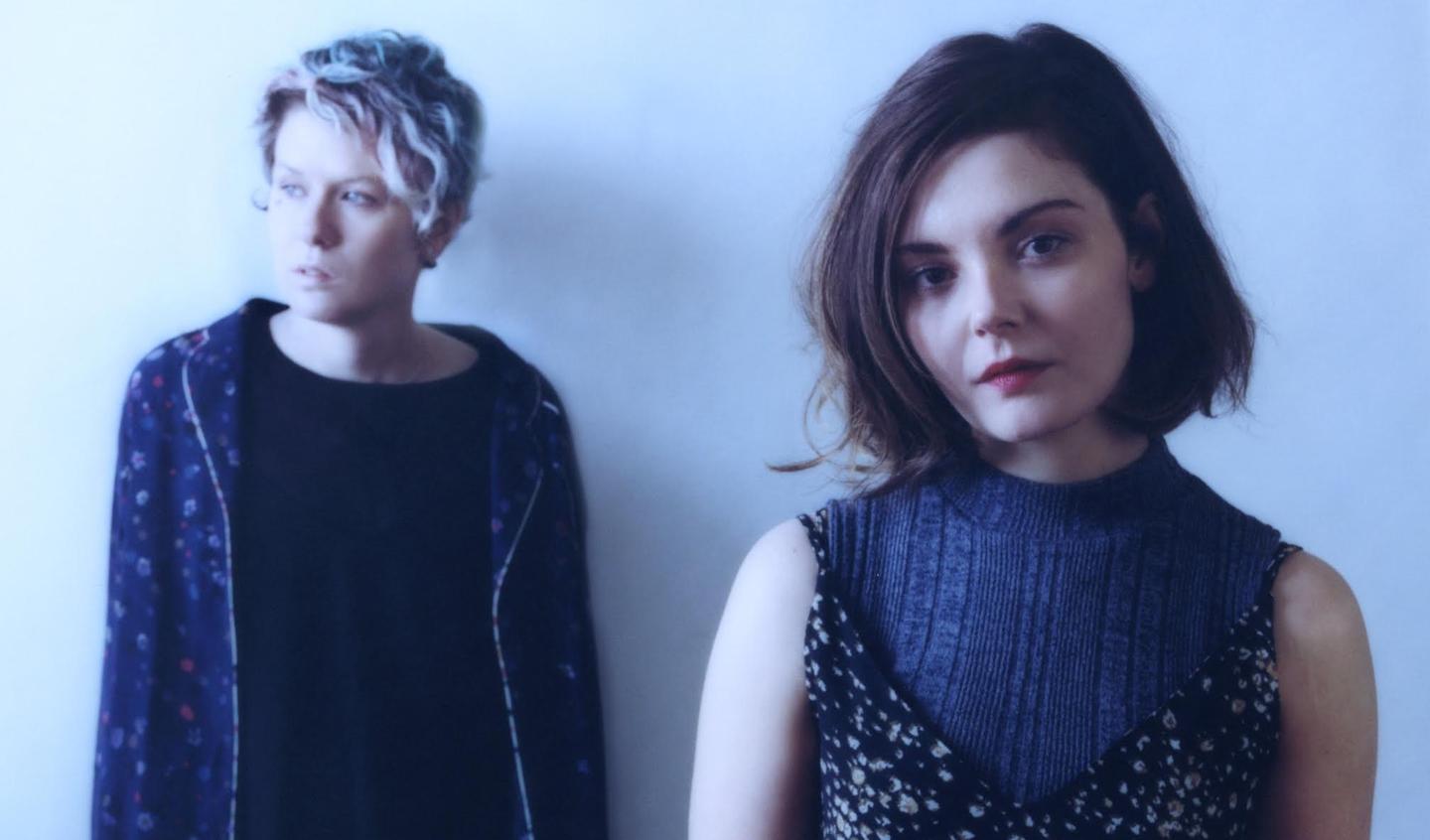 Glaswegian alt-rock duo Honeyblood are seemingly on a non-stop tour around the globe following the release of their second album Babes Never Die back in September last year. Following their debut in 2012, Babes Never Die saw the duo work with producer James Dring (Jamie T, Gorillaz) to bolster and refine their Britpop and riot grrl speckled brand of indie-rock. Before heading on a UK and Ireland tour in support of the new record, Honeyblood begin their first Australian tour later this month. Stina Tweeddale (vocals, guitar) was kind enough to take some time to talk us through the new record.

Honeyblood head to Australia this month – will this be your first time here?
It’s both Cat and I’s first time in Australia so it’s pretty exciting. We’ve travelled a bit – we’ve done Europe and the US before but this is our first time heading over to Australia and we’re stopping off in Singapore on the way as well. It’s very exciting, it’s a little adventure for us.

Other than the shows, is there anything you’re keen to see or do while you’re over here?

I’m sad we’ve only got the one day we’re playing a show in Melbourne because we have a lot of friends who live in Melbourne and other bands and it’s kind of sad we only have one day there. I’m actually bringing my dad with me, though, he’s coming on tour with us. He lived in Australia for all of his twenties and he’s never been back so I thought this would be a good opportunity for him to come back – his best friend lives in Melbourne too. It’s kind of a cool trip for him because he had been planning on staying there and he came back and then I was born and he never went back. So I feel like I owe it to him.

Following your debut album with the bolder,  brasher album that is Babes Never Die – what were your feelings around its release?
There’s always a bit of tension when you release records just because there’s so much that goes into the release – so much planning that has to happen. I think the way that we made this record is probably less personal than the first one. I mean, releasing your first record is petrifying but this one is very coherent. I had this idea in my head of the videos and the themes of the songs and the album artwork and everything being linked together so I wanted to know that it resonated with people. I was mostly worried that people wouldn’t get it. Even just the title, ‘Babes Never Die – when I told people that was the record title, people were like, “Really? That’s such a strange title, what does it even mean?” But people did really connect with it and I’m so so glad because it could have gone the complete opposite way. Maybe my brain isn’t as mental as I think it is but I guess everyone doubts their own creativity and has that weird little gremlin that sits in your head and tells you what to do. That’s my creativity and sometimes I don’t think it will connect as well with as I hope but I was really happy that people kind of got it. Although, it’s fun to go to different countries because the audiences connect to things differently. I’ll be interested when we go to Australia to see how people connect with it and what they get from it.

How have you found the process bringing the album to live shows?
Obviously we don’t have a bass player and we wrote bass for the album. I guess it’s kind of a challenge but we also wanted to give the songs some depth. Cat and I went into the studio and recorded the songs and then recorded the bass lines and I said to Cat, “What are we going to do with this? Are you going to be able to play these?” and she was like, “Not right now, but I’ll work it out.” So we spent four months in the rehearsal room working on these songs and rehearsing them because we had wrote them and recorded them and then realised we didn’t know how to play them live. But we just learned them and when you watch Cat live, playing the bass lines it’s just insane. She’s put a lot of work into doing it but it’s that sort of muscle memory that comes in – once you’ve done it so many times, your body just remembers. She can still drink a couple of beers on stage and play perfectly. That’s obviously what matters most.

What was it like working with producer James Dring?
He’s great, I think we really hit the jackpot with him. He wasn’t pushing us in any sort of direction at all, he just listened to our weird, random trains of thought. No matter how ridiculous or nonsensical, he tried to guide us in our little bubble. When we showed people like our label and management the intro and the outro on the album, we played it for them and they were like, “OK, so you want to play a tin whistle on the end of the album?” and we were like, “Yeah, we want to do this funny little skit.” They were just like, “OK, that’s kind of weird.” And then we played it to James and he was like, “That’s amazing, I know exactly how we should do that.” He’s perfect, he totally gets it. He really made it a really enjoyable experience. We all work so hard – we recorded it over 13 days and they were 12 hour days, every day. So it becomes a labour of love when you’re doing something like that because you don’t stop. The studio is where I feel most comfortable, it’s my favourite thing about being a musician, I think. It’s where you breathe life into the songs and then when you go on the road, they start to grow up a little bit and have their own personalities but the creation of them is the studio.

When did you first pick up a guitar and begin writing music?
When I was a kid. I used to write songs all the time. My dad is a musician as well, so there was always instruments in the house and I always playing. I only started playing guitar when I was about 11, I had a keyboard and other stuff that I made tunes with before that but guitar, properly at 11. I had my first band at 14, then joined my first professional band at 18 and started Honeyblood quite soon after that. I’ve just been doing it constantly. There was a bit of time where I didn’t own a guitar and I think it was probably the saddest point in my life. I sold all of my instruments when I moved and I just thought that it wasn’t for me and I didn’t play guitar for a year and a half to two years, and I remember picking up a guitar again and going, “Wow, I have no idea why I didn’t have this in my house”. But yeah, I’ve always written songs, I have no idea how many. I’d love to know a ballpark figure.

What did you listen to growing up?
know. My dad plays blues guitar and he sessioned for loads of people and played in bands and that was always in the house, his own music. Old school, folksy, rootsy, ragtime, blues, lots of sixties. My mum would listen to stuff from the seventies and eighties – my mum is more punk and into stuff like Blondie, The Velvet Underground and things like that. It’s kind of a mixture of those things that I grew up listening to. Then when I found my own music, I guess… My favourite band in the world are The Breeders – when I listened to them for the first time I think that changed everything and then I started my first band. I listened to loads of riot grrl music when I was at school which I think started my journey to Honeyblood, I think that’s where the ideas came from. Lots of American bands but then I love a lot of Britpop – Blur are one of my favourite bands as well. A kind of mix of those two genres are what I think Honeyblood grew out of.

Have you found anything lately you’ve really liked?
grew. Loads of stuff. I listen to Radio 6 music nearly every day because they always put on something – there will be at least one thing during the day that I love. Although we play quite uptempo music, when I’m at home I listen to so much downtempo stuff, the opposite. I’ve been listening to a band called Cigarettes After Sex and I love them. Such calming, lovely music – beautiful sound.

After this Australian tour, you guys head on a huge UK and Ireland tour basically straight after is there anywhere on the tour you’re particularly keen to play or to return to?
I’ve never been to Ireland or Wales which is so strange that we’ve never even visited there. But my Grandad was Welsh and my Granny was Irish so that’s going to be fun. That’ll be really good.

You’ve played some big festivals and some massive tour support slots – have you picked any gems of wisdom from bands you’ve toured with for coping with touring?
Yeah, definitely. When we were on tour with Belle and Sebastian – they’re a legendary standard band, I would say. You think about how much they’ve influenced so many artists after them and when you see their fans that come to see them, they’re die-hard fans, they know every song, every word. It made me feel good because they’re the sort of band that still have a passion and love for their music and what they do. They’re still creating things that are different – their last album was pretty different from what’s come before. I think that it should always be fun and it should never get to a point where you don’t want to do it. I think that’s the most important thing I learned from that tour, is that if you’re still having fun and it’s still an enjoyable experience . When you start to become a bit jaded then you should stop. Seeing them do it for years and still enjoy it gave me hope really. We’ve only been doing Honeyblood for four years, think about that compared to 25 years, it’s nothing, it’s like a blip. 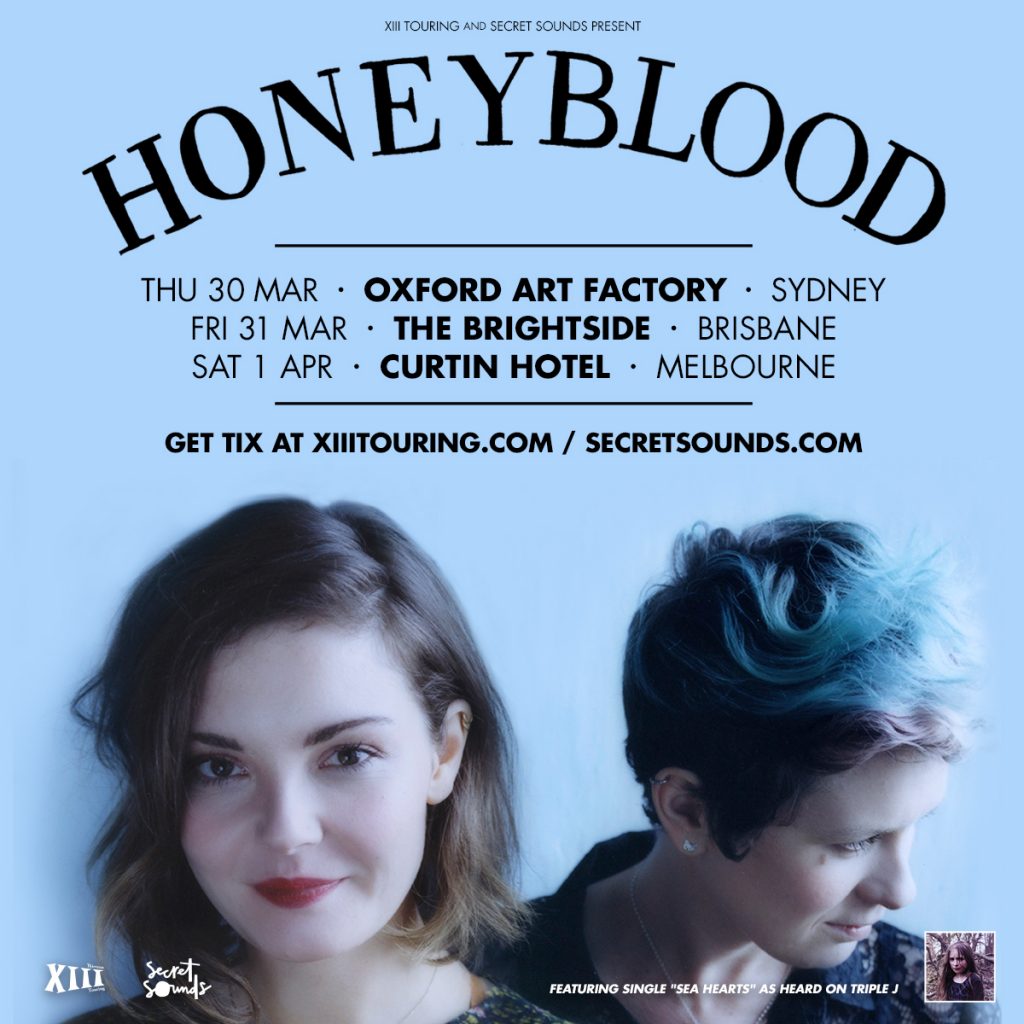