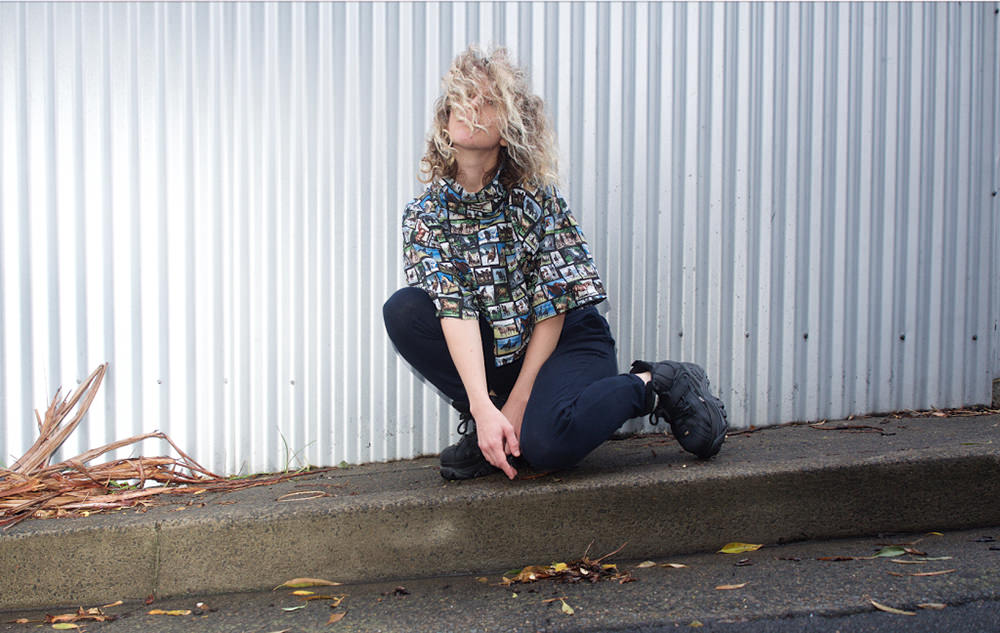 Since Sydney based artist BUOY aka Charmian Kingston released her debut Immersion EP in 2015, she has steadily carved out a place as one Australia’s most captivating electronic artists. A trained jazz pianist, BUOY layers piano, synths, percussion and vocals to create her unique blend of ambient electronica. We caught up with BUOY via email to learn more.

I read that you grew up in rural Australia. What are some misconceptions or realities of that life and/or your time growing up there?
I grew up in Tamworth, which is a rural centre in the North West slopes and plains of NSW. I think a lot of city people imagine that we all lived on farms wearing overalls and straw hats, but in Tamworth you could easily live in suburbia and hardly see the open countryside. I spent time living both in town and on land out of town. I remember going away on holidays with my family to the coast and being spellbound by the ocean, and not wanting to say goodbye to it because I knew it might be a whole year or so till I saw it again. The landscape surrounding Tamworth is very pretty and the air is so clean and crisp, which I do miss very much now that I live in the big city. I miss the storms. It was often drought stricken out there, so when the rain finally came, the smell was delicious and it was really exciting to see dark clouds instead of perfect blue sky.

Did you thrive musically from childhood or did leaving home open up the doors for you creatively?
My parents were intrinsically both musical and religious. Singing together at home was very natural for us all but also enforced. My Dad plays classical guitar and now builds harps in Central America, and my mum plays piano and was the player at church for years and years. I am number six out of seven children and we were all sent to piano lessons, which meant there was constantly somebody playing piano in our house. My mum tells me that when I was a baby and as soon as I was able to, I would squirm myself over to the piano and get right underneath it to bounce up and down on my bum to whoever was playing. I sang at church a bit too but I was really shy and didn’t really perform anywhere else until I was 18. That’s when I decided I wanted to study the piano and music at University after high school. I didn’t really start writing songs until Uni either, due to lack of confidence in earlier days. Leaving home definitely helped with this as I was no longer in the shadow of all my musical siblings. I think having a healthy confidence and self esteem and belief in your work is a real virtue – something I still struggle to balance that.

When I listen to your music it soothes me but also invigorates me. I often liken your music to James Blake. What realm of artists do you see yourself in – sonically and/or spiritually?
That’s all such a very big compliment, thank you! I love James Blake. I would definitely include him in my realm of favourite artists among other big ones like Bjork, Thom Yorke and Radiohead, Atoms for Peace, Bon Iver, Kanye West, Frank Ocean, Lauryn Hill, Andre 3000, Four Tet, Mark Pritchard, and local artists like Friendships that we are so lucky to have. But then I am deeply rooted in classical music and have spent hours listening to beautiful jazz singers like Billie Holiday, Nina Simone, and Sarah Vaughan. I’m actually not sure which realm of artists I would include myself in though…. These artists that I love have made music that has moved me; mostly due to beautiful harmony, intense rhythm, vocal tone/delivery, and honesty. Those aspects are pretty much what I try to base my own music on so maybe I fit in this eclectic realm with them? I don’t know, I like to let other people decide this.

What gets drawn out of you working with people (such as Christopher Port) as opposed to working on your own?
I think that asking and allowing someone else to do what they are so so good at is such a powerful thing. Chris is a drummer so to have had him flourish the drums and tweak the production on my recordings was a real gift. I also did some vocal tracking with Chris and having someone gee you up in the studio is also a gift. Working on your own is hard, all the decision making falls upon you, so it can be really draining and paranoia inducing. But then on the other hand, it is freeing to be able to do exactly what you hear and not have to fight for your ideas with anyone or have them get lost in translation. There are positives and negatives for both!

What parts about yourself and your music do you feel people have understood and what parts would you like to further explore and communicate to audiences?
Well, lyrically speaking, my songs are quite simple. I have aimed to condense as much meaning and communication as possible into not very many words that repeat, and this is a reflection of myself in real life actually. Expression using words doesn’t actually come easy to me; whether I’m writing songs or just talking to people in daily life. But I feel like there is so much in me that I’m feeling and responding to internally that I struggle to get out. That’s where singing comes in handy because I can sing any words really loud or really soft or really high or really low depending on what I feel and it communicates on this other level that words can’t, and in my ears the words are almost made redundant. It’s all about the voice. So I am stoked with anyone who understands, relates, and connects with my singing of words. Words are something I want to get better at.

You’ve cited people such as Bjork and Mark Pritchard as musical influences – which non musical people/artists do you look to and what about them impresses you?
Brett Whitely – I love his paintings and drawings and sculptures. They are so distinctly his. I live close to his studio in Surry Hills so I go there pretty frequently to stand with his beautiful things and read his quote wall. I admire pretty much anyone who dedicates their life to making stuff. It’s hard to do that.

Frida Kahlo – It’s very impressive to me when someone is so fearlessly, effortlessly, ferociously themselves such as Frida and everyone else here. I think continuous expression of brutal honesty is the definition of a ‘good’ artist.

Alexander McQueen – I love that the clothes he wore himself were so plain in comparison to his amazing creations and the way he spoke was unrefined which seems out of place in the fashion world. He just cared about doing his work and not about changing himself to fit in.

fka Twigs (dancing/style) – She’s a musician too but I had to put her in this list as her dancing and her ability to draw artists together and feature them to make something amazing is really really admirable. She works so hard as well, training etc.

Rupi Kaur – Her writing is really beautiful and gets me.

How are you approaching making music at the moment?
At the moment I am writing ideas and recording at home on my own. My skills and courage in self producing are slowly growing so I’m deciding whether or not to work with another producer for my next thing. After a very intense 2016, I am concentrating on looking after myself and allowing myself to just be. I think that’s when the best music happens anyway.

The world of pop culture/politics seems pretty chaotic at the moment. What does the world look like to you?
Yes, chaotic. So many egos on the internet. So much war and poverty. So much consumer plastic waste that’s killing our animals. So many gross leaders making horrific decisions for the world. So much injustice for good people. But there are still many places to find love and beauty and to express and respond to all the tragedy and to renew ourselves. That’s why the art world is so important.

Finally, as 2017 kicks off what are some major things you’re going to make sure happen for you this year?
– I want a scuba diving license
– I want to make as much stuff as possible: songs, poems, clothes, drawings, food
– I’ll be putting a whole new live show together with a new band member
– I miiight be releasing something that I’ve produced on my own