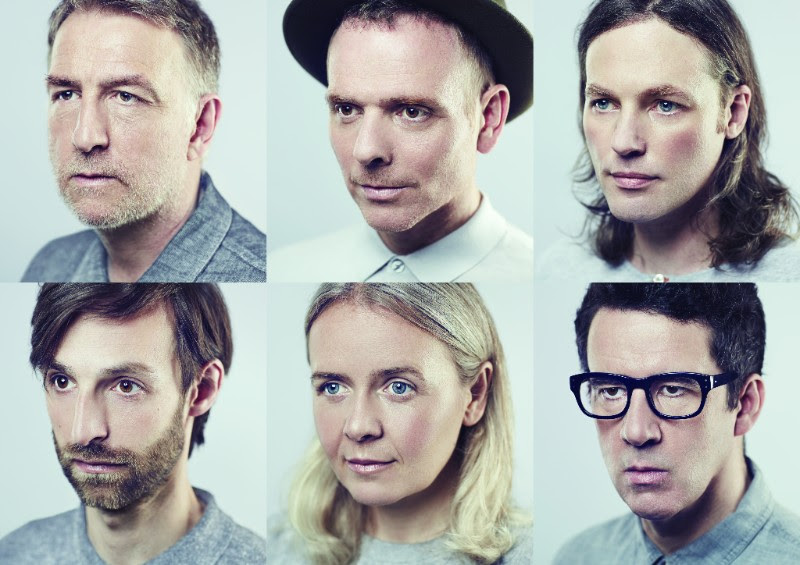 Glasgow indie pop legends Belle & Sebastian just released a three part EP series, How To Solve Our Human Problems. The collection of works are a distinctively Belle and Sebastian combination of melancholy and jubilation, explored over a double album’s worth of music, adding to an already abundant back-catalogue. I had a chat with Belle & Sebastian guitarist Stevie Jackson ahead of the band’s Australian tour which sees the band visit Perth, the Sydney Opera House, Melbourne and Brisbane for the first time since 2015.

You’re touring Australia for the first time in a few years – do you have any plans what you want to do while you’re here? Do you have much spare time?
The thing about touring is that there’s usually only a day you get to do something. With Australia, it tends to be that we’ll do a show and then travel to the next show. You see a lot of airports. I hope so though, I don’t really think there will be much in terms of tourism but I like to just walk the streets and see the day to day life. That’s enough for me, that’s interesting. We’re playing Sydney Opera House which in itself is a tourist destination so that’s quite good [laughs].

Part three of How To Solve Our Human Problems is out today, my time – how have you found releasing the EPs in this way?

Now that it’s happened it seems to work quite well, it’s had a bit of attention and people seem to like it. People consume music differently now and no one really buys records so it remains to be seen but the reception of it seems to be good as far as I can make out. I’ll tell you this, we have a couple of hits in Japan, so that’s my excitement. We’re pop stars in Japan apparently. Big in Japan [laughs].

You recorded in Glasgow for these EPs which was the first time in quite a while which must have been pretty special…
Yeah for around the first five years of being a band we recorded in Glasgow. From around 2002 we would go somewhere else for it to be a concentrated effort with less distractions – you just go and get it done and it’s efficient and makes sense. We’ve been doing that since then but after our last album we had this feeling of not really wanting to do that again [laughs]. We wanted to do something different so we would record songs ad hoc. Glasgow’s full of studios, we’d just go around checking out all these studios and trying a song here and a song there. I suppose it becomes more of the fabric of every day life – get up, have breakfast, go record a song and then you’re back in your house. It’s just a bit more day to day which is quite refreshing, it was nice.

Belle & Sebastian is the kind of band that allows every member to kind of shine on a regular basis – has the way that your music comes together changed much over the years?
I guess so, in the early days the song would always be planned and we would just play the song and record it. I think the way the songs are written can be different now, we kind of write together a lot more – if someone has a good melody or idea, we all work on it to turn it into a song. It’s slightly looser. I think you have to keep changing it up a little bit. Because we’ve got a few members, as time goes on, people contribute a bit more.

When did you first pick up the guitar?
Good question. My big cousin used to have one on a stand and I used to just go and strum it. I got my first paper round when I was 12 and I saved up and got a cheap one. I think I was 12 when I first started playing, a long time ago.

That’s so nice. Who were the first artists you can remember making a lasting impression on you?
I can remember the first song which was ‘The Hustle’ by Van McCoy – a seventies disco hit. When I was about seven, I saw The Beatles on television and that kind of just blew my mind. I think they were the initial spark, even though they were an old band or whatever but I was so young, I thought they were contemporary. I think that was the initial spark, I thought they were just wonderful.

What was it like growing up as a creative person in Glasgow?
That’s very nice of you to call me creative. I was just very into music, it was quite all-encompassing when I was a kid. I was just all about music really. I think I was in my first band when I was 14. Nothing’s really changed, the only thing that’s really changed is that Belle & Sebastian became a successful band in the sense that I could make a living out of which is pretty weird. To keep making a living out of it after 20 years is remarkable. I’m very blessed, very lucky. It’s just always been part of the fabric of every day life, like breathing. I can’t even watch TV without holding a guitar.

Belle & Sebastian Australian tour dates below. How To Solve Our Human Problems PT I, II & III are out now via Matador / Remote Control.