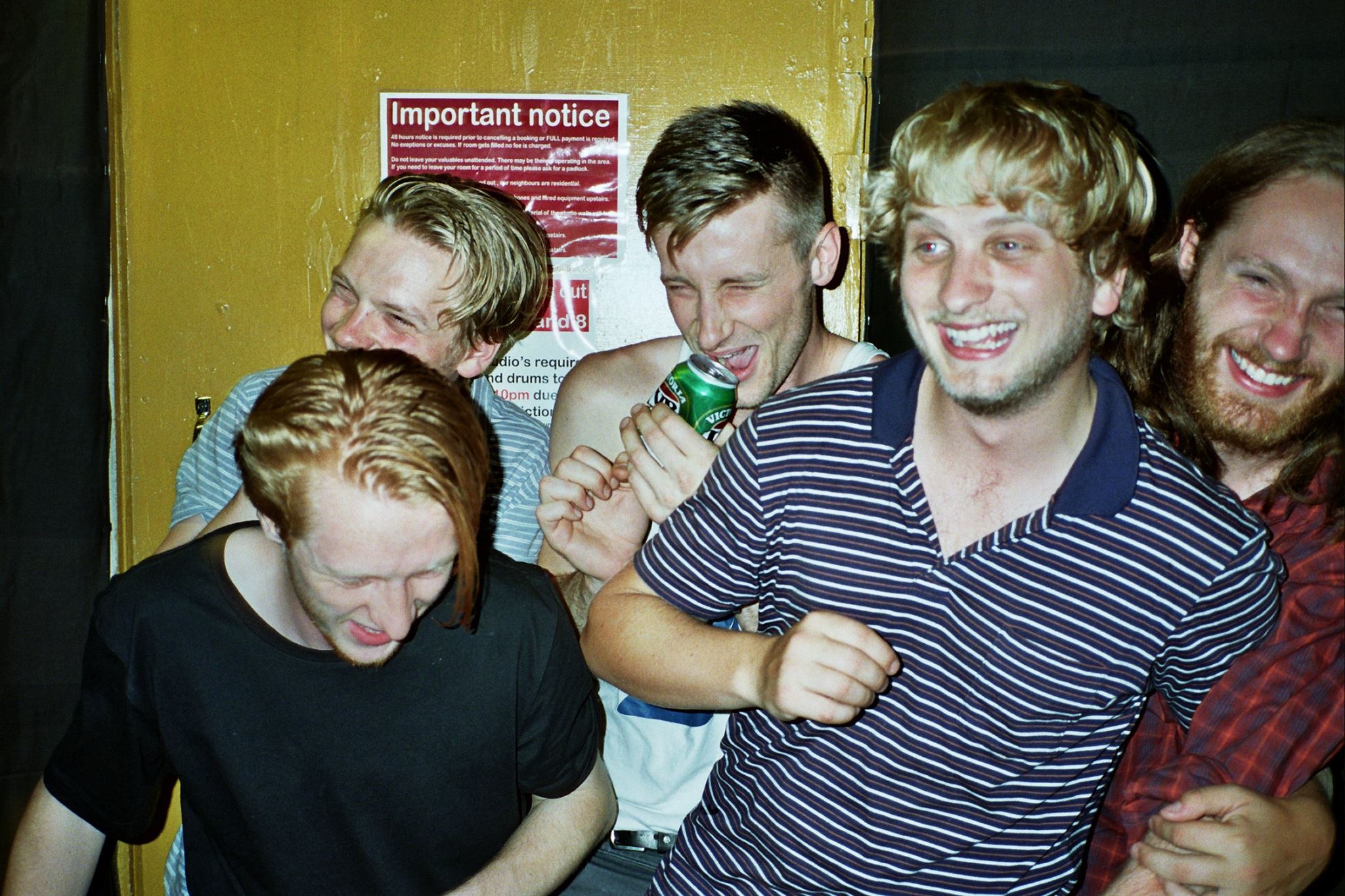 Foreign/National’s debut EP has been a staple at Control HQ  ever since they played an impressive set at Paradise Festival. We caught up with bassist Sean Gage before the band launch new single ‘Always Blue’ in Melbourne this weekend.

Your new single ‘Always Blue’ has just been released, how have you found the response so far?
The response has been fantastic. We were expecting more of a soft release as we’ve got more announcements/releases very soon on the horizon. However it popped off more than anticipated. A lot of international blogs got around ‘Always Blue’, as seems to be a trend with our releases thus far. We’ve had strong support from community radio in Melbourne and Sydney too, which is amazing.

It’s a great track, what was it like working with Joey Walker from King Gizzard as your producer? What did he bring to your music?
Yeah working with Joey was an absolute pleasure. We’re kind of trying to work with different producers/mixers with each release just to explore different avenues to production. Way before he got on board Joe and I had a bunch of convos about music and I really felt on the same page in terms of what we both want out of a song. I was also a huge fan of Joe’s track on Oddments ‘Work This Time’ and felt like that production style would really lend itself to ‘Always Blue’. He’s got a really developed musical mind, I feel like I’m constantly learning from him.

Your debut EP was such a strong first release, what’s the creative dynamic like between you guys – how does your music come together?
The core of the songs on the EP stemmed from ideas that Mark had, the general themes encompassing his rather extensive travels abroad, and his personal and romantic experiences. We then brought the ideas to the band setting where we each added our own individual ‘flavour’ – for lack of a less wanky term. The songs were mostly just elaborated at a band level, rather than writing the crux of it. Now, however, we’re looking at a more collaborative process, bringing in song ideas from all members. ‘Always Blue’, one of Tom’s song ideas, being our first example of this.

I saw you guys for the first time at Paradise Festival which was a great set. Was that your first festival gig? How’d you find it?
Yeah it was, and a sweet one at that. We’ve all played bigger festivals in previous musical endeavours, and we found ourselves lost, just another small font’ed name on a huge bill of massive artists. Paradise, however, epitomises everything that’s awesome about boutique music festivals, we had such a good time. The festival organisers and volunteers were all very accommodating, and the crowd response was equally wonderful. There probably couldn’t have been a better introduction to the festival circuit.

There’s a huge array of sounds on your EP. I’m interested to know what kind of stuff you guys grew up listening to?
When we were younger, Mark and I’s dad had us listening to a lot of old pop music – Burt Bacharach, Beach Boys, and pretty much anything else that featured heavily on the Heart Beats’ soundtrack. As well as a lot of early psych and prog music, such as King Crimson.

I know Rhys grew up in a very musical family and had him listening to some stuff which was actually really dope – Buena Vista Social Club, J.J Cale, The Cruel Sea; his family had him playing lots of long blues and jazz jams, as well as percussive Latin/Brazilian stuff with them, as a boy.

As I got older, and I think this applies to everyone in the band, I began listening to Radiohead (obviously), as well as a lot of heavier music such as At The Drive-in, Fall of Troy.. I think a big turning point for Mark’s song writing, love of travel and combining the two was his discovery of Beirut – such a beautiful artist.

Your single launch is on Saturday at Hugs and Kisses, with some great local supports, will we be able to see you guys play other cities sometime soon?
Yes, however not soon enough. We love getting on the road but don’t get to as much as we would like. We’ll be heading up the east coast for the third time in about 12 months, to play a joint headline tour with another dope Australian band. Details to be announced soon!

There are some strong travel themes in your music – if you could play any destination/venue in the world, where would it be?
Mark could probably give you a better answer, but I’d say in front of some of China’s Danxia Landform. I’d do anything to have that as a backdrop to a set. Google image that shit and it’ll blow your mind – or better yet, attach a picture to this interview! [here you go.]

What are you looking forward to most that is coming up this year?
Buckling down and writing a new set, and getting back into the studio. We’ve got so many ideas, and the music we’ve been exploring over recent months, I believe anyway, is really interesting. We can’t wait to share it with you!