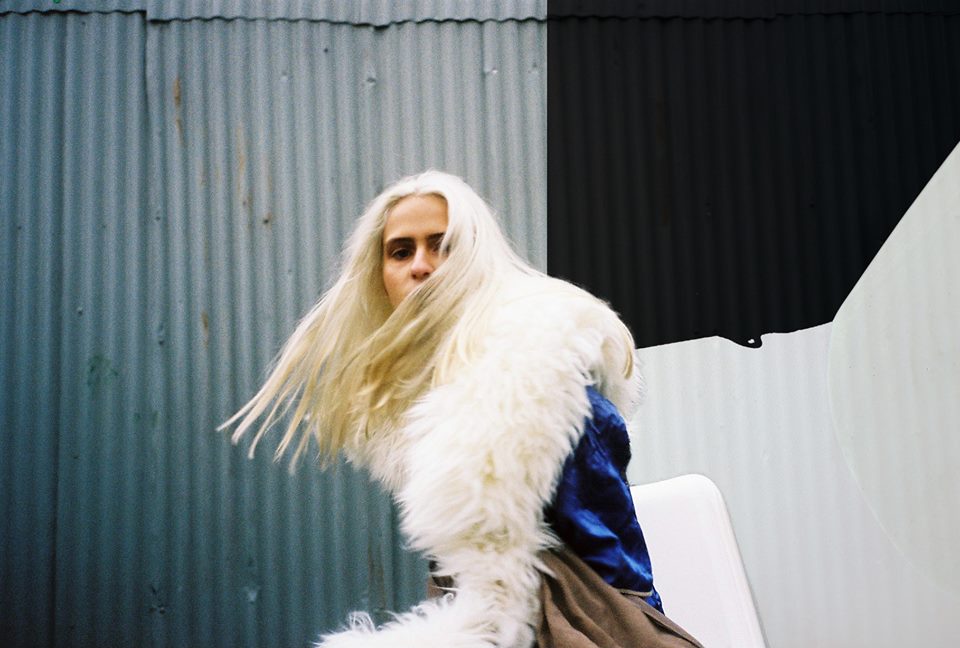 Banoffee AKA Martha Brown has just released her highly anticipated sophomore EP Do I Make You Nervous, the follow up to her breakout 2014 debut self-titled EP, to glowing reviews, cementing her as one of Australia’s most captivating next big things. The stunning five-track EP features long time collaborator Oscar Key Sung and sees Brown employ an array of new toys. Banoffee’s  Do I Make You Nervous Australian and NZ tour kicks off this weekend (details below) before an appearance at Laneway Festival 2016. We had a chat to Banoffee about the EP and pushing through personal fears and self imposed pressures to create authentic art.

Do I Make You Nervous came out last week, how have you been finding the response?
Really great. I always get quite nervous when I’m releasing new stuff although there’s no real way to read how something is going on the internet these days because there’s so many ways people can access it. I feel really grateful for the response and the support that people have been giving me. I hope I can do this launch tour and do it right for the people who want to come see the EP live.

Your first EP gained you quite a big fan base and acclaim in the press, did you feel any pressure – internally or externally returning to the studio?
Yeah, a lot. That was something I was really worried about to begin with. I think I started thinking how I could please the people who were pleased by the last EP. That really got me down for a while because I knew the things that I wanted to make and the things I wanted to do were very different from that EP. Which of course they were going to be because I had experienced a lot and learnt a lot and I was in a very different place emotionally to when I wrote the first one. It became a real sense of release to just let that one go and let it sit and move onto something new and do it for me and just hope that the same people and new people liked this release. I guess, that’s something most struggle with and you just have to learn to let it go and keep doing it the way you like to do it otherwise you’re just not going to survive in this industry.

Each track on the EP is quite different from the next, how did it all come together? I know you went on a writing trip to the US, how did you find that experience?
Yeah that was great. It really helped me to fast-track my experimenting with songwriting. I went over there and I was in the studio with lots of different producers, often we’d meet up for a couple of hours, write a song and then I’d be off to the next studio doing that with someone else. The main thing I gained from that was that I could make songs in complete different genres and still enjoy them and still be me. I didn’t feel tied down to any genre anymore and that was really refreshing. I guess when the songs did come together for the EP, I tried to choose the songs that I’d written that meant something to me, not songs that all fit together really well. That came in mixing and mastering – how to make all of these songs fit together in their 19 minutes or whatever and still flow even though they’re completely different.

I was reading a recent interview you did where you spoke about how when performing some tracks from the last EP that it felt a bit too close to home lyrically and that you felt a bit exposed when singing them live. The lyrics on this EP are again quite raw and personal – was it a conscious decision to get past that feeling of being vulnerable and keep writing in that way or did it just happen that way?
It just happened that way again, I think it’s just who I am. I’m very honest with people and I try to be honest with myself and I think if I wasn’t doing that in music it would be very tiring to get up on stage every time and be someone different than who I am. Although I find it difficult to be vulnerable, I also think that anything that you find difficult is probably worth pursuing. I really wanted to work through that fear of appearing vulnerable or flawed, like everyone is. I wanted to work through that because it’s important for me to keep doing that because if I’m not doing that with my music then how am I going to do that in other areas of my life. I think honesty is very important to me in terms of my art because it keeps it interesting for me.

Oscar Key Sung is a long term collaborator of yours, what’s the creative dynamic like between you guys?
We work really well together. We have worked together for a long time because I knew Oscar back when I was in another band Otouto, I met Oscar when I was about nineteen. Creatively, we help each other a lot with our releases – I’m often hearing his tracks in the early stages and giving comments and helping him along and then he’ll do the same for me. I feel like his production with Banoffee has always fit really well because he understands what values I have with my music and he’s also heard them from the beginning, I show him things when they’re at their barest sketches. He understand the motive behind each track and that’s really important to have with a producer for them to understand where the track is coming from before they go ahead and work on it. It’s great working together, sometimes we snitch at each other like nothing else because we’re not scared to but it’s always been an easy and positive process working with him. It was sort of unquestionable that I wanted him to do something on this EP.

There are a lot more toys on this EP – what’s your live set up looking like for this upcoming tour?
Ahhh I’m getting it together at the moment. It’s pretty similar to what it’s been so I have the synth, I have the drum machine, vocal pedals… Sadly for the shows that aren’t in Melbourne, the set up is going to have to be quite small for me to be able to carry it around. I also really enjoy being able to move around the stage and have a dance and connect with the audience so a lot of the backing tracks that I have will be played like backing tracks with extra solos on top. I’m hoping by the end of the summer I can expand that and get some extra people on the stage and play the EP out more live than it is. Some of the tracks because I can’t do that, will be pared back even further and I’ll play them as more personal songs with just keys and vocals and go the opposite – instead of doing a banger, I’ll bring it down to more of a ballad.

Your tour starts this weekend, where are you most keen to head to?
Well I’ve never been to New Zealand so I’m super keen to play in Auckland, even though I’m only there for a night which is silliness. I’m really excited to go there and play to an audience I’ve never played to and see if anyone turns up – who knows, I might be playing to an empty room. I’m really excited to do that. I’m pumped for the whole tour to be honest. The response in Australia has been really supportive and I want to go and meet those people who have been writing to me and commenting on Soundcloud or whatever, I want to meet them and say thank you so I’m excited for the tour.

What kind of stuff did you listen to growing up?
A lot of different stuff. A lot of nineties RnB – Janet Jackson, Boys II Men, TLC – they were all musts. Also some country like Gillian Welsh… Early disco from Arthur Russell. I listened to a bit of hip hop as well, I listened to a lot of Beastie Boys and Snoop Dogg then the 2000’s came and I turned into a bratty teenager there was Kelly Rowland and Nelly and all of those early 2000’s overproduced RnB tracks were sort of my vibe growing up.

What have you been listening to lately?
I’ve been really enjoying merlo’s latest stuff. NAO’s last two EP’s still really blow me away lots of women actually – Sui Zhen her latest album Secretly Susan is fantastic, I love it.

You’re playing Laneway next year which is huge – who are you keen to see?
I’m really excited! I’m really keen to see Shamir, I’m really keen to see Grimes. Shamir is my main music crush at the moment, he’s kind of the one for me that I really want to go and see. I really want to go and see some of the bands that I know nothing about because Laneway’s great for bringing a big array of music and you can find your new favourite there. I’m going to be doing a lot of exploring and trying to see some of the smaller unknowns that are coming internationally or locals I haven’t heard of.

After this tour and Laneway, what’s shaping up for you next year – do you think you’ll head back overseas?
I think I will, yeah. I think I’ll head to the states for a while. I’d really like to tour Europe so we’ll be looking into that and finding somewhere to record the next EP which I’d like to get out next year. Finding time to do that and working with new producers and exploring new territories, that’s my plan.

‘Do I Make You Nervous’ is out now via Remote Control Records / Dot Dash.