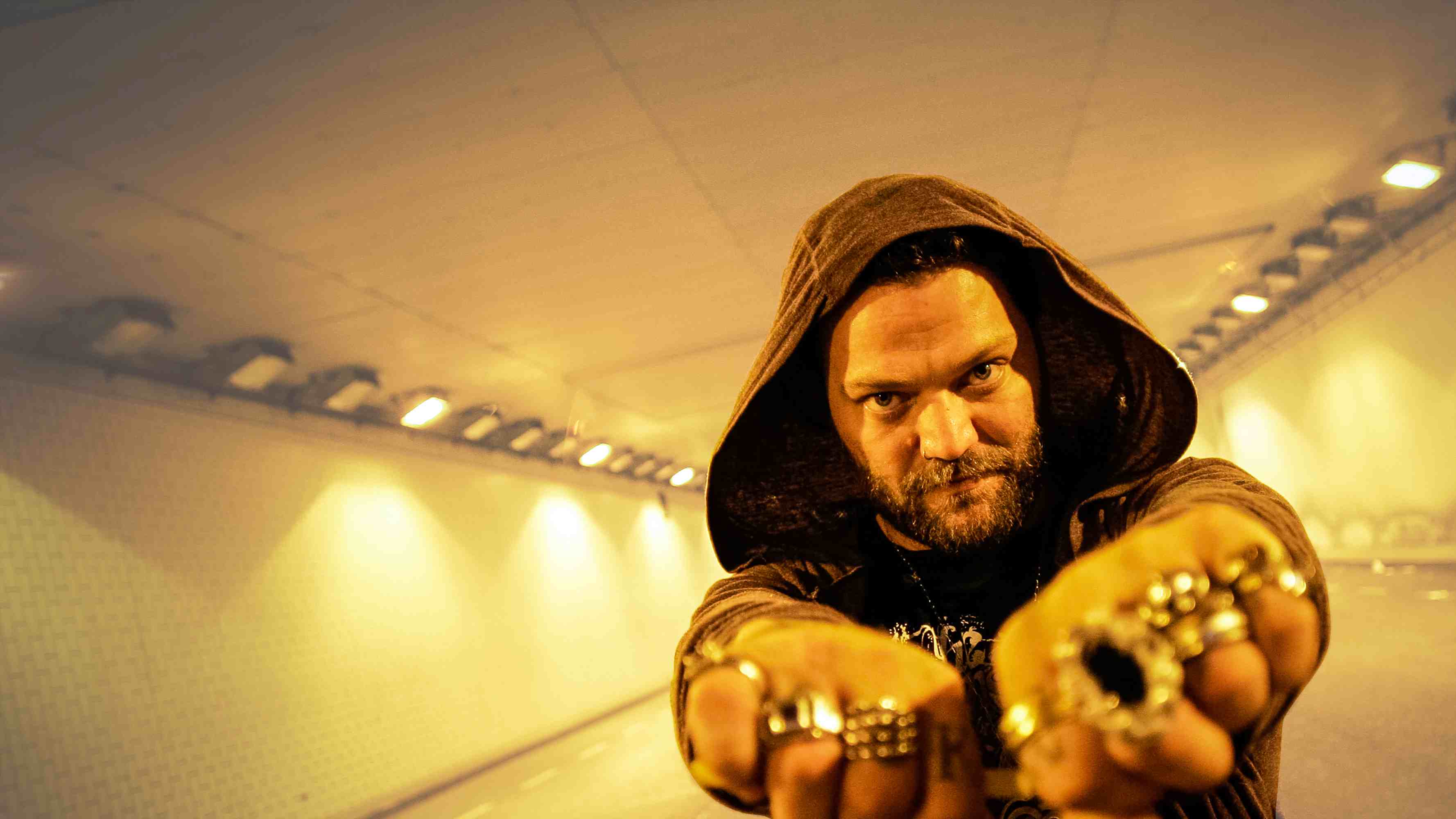 Bam Margera shot to fame in his teens as a pro skater but is most widely known as one of the key stunt performing members of the Jackass franchise. You might also recognise him from one of the string of MTV shows he went on to produce and star in like Viva La Bam and Bam’s World Domination or maybe one of the movies he directed, like Haggard or Minghags. Perhaps it’s as the star of Tony Hawk’s Pro Skater video game franchise.

You could be forgiven for not knowing, however, that more recently Margera has added musician to his repertoire. His latest musical venture Fuckface Unstoppable released a debut self-titled double album last year featuring members Cradle of Filth, Viking Skull, his brother Jess Margera’s band CKY, Guttermouth, Lionize, Black Cowgirl, The Company Band, Devilment and Gnarkill. Margera and FFU will be touring Australia next month and we caught up with the man himself to find out what he’s been up to these last few years.

How’s your day been?
Pretty good, getting a lot done out here on the West Coast, we’re recording a bunch of songs at the moment.

Yeah? Is this going towards a new album?

Yeah, we’re working on the next one. We’ve got Andy McCoy invovled so it’s been fun.

You’re heading to Australia next month, will you be testing out some of the new material?
Yeah, I think we’re going to play a couple of new ones.

Is there anything you’re keen to do while you’re here?
I like Australia, the crowds are good. People are really into rock and roll and I can appreciate that.

Your band’s made up of members of Guttermouth, CKY and Viking Skull – how did you come together to make Fuckface Unstoppable?
I had appearances booked and I was hossting a battle of the bands kind of thing in the States and I was like, “I wanna get up and sing some songs”. I’d always been around it – my brother’s in CKY… I asked Jess and he was into it and he put the band together. He got Waldie from Viking Skull and Matt from CKY and then I met up with Alex from Guttermouth… I was pretty lucky that I sort of got to handpick the dudes I wanted. It’s awesome, I’ve been blessed.

You recorded your debut album in Iceland, how did you find the whole experience?
Yeah, I’ve been going there for years. I shot a movie there a while ago called CKY2K. I went there to get married, again. I just wanted to fly all the guys out there. We found this awesome studio  – I think it was actually Björk’s studio. That was fun because I don’t think they’re used to heavy rock music and I walk in with Dani Filth from Cradle Of Filth and record a metal song. They had no idea what the hell was going on. They liked it, it was cool, it was a good time. It’s good to get away to an island in the middle of the Atlantic sometimes to come up with good music.

You’ve obviously had an interest in music for some time, when was your interest in making music yourself first sparked?
Yeah, I had Turbonegro on my TV show and they got me up to sing a song and I just thought it was fun. I had a blast so why not keep doing it.

What was the first record you can remember really loving?
Either Prince or possibly Van Halen.

You’ve been working on your film I Needed To Stay Useless for the last few years – is music your main pursuit now, what you feel most passionate about?
Yeah, I like making movies but sometimes it’s fun to just hop on a bus and go and play shows. It’s a good escape. You’re in this bus driving around the country – it’s fun.

You’ve directed music videos in the past as well, have you always had an interest in creating visual content or is it something that happened organically?
Yeah, I mean if I hear a song, I just immediately picture a video. If they’re a friend of mine, I’ll just call them and ask and they usually say yes. I had a lot of fun filming the Clutch ‘Mob Goes Wild’ video. And this awesome band from Finland The 69 Eyes. They’re kind of like the Type O Negative of Scandanavia. That ones easy – it’s just vampire stuff.

Do you have a favourite gig you’ve played so far with Fuckface Unstoppable?
Amsterdam comes to mind because you can get away with anything there. Tonnes of naked people on stage. You can do whatever you want.

Is there a destination you would love to perform that you haven’t before?
I kinda wanna get to South America. All my friends who have played there have said that it’s awesome. I went there for my TV show but I would never think to play a concert there but I’m hearing good stuff. So maybe that’s next on the list.

After the Australian tour, what’s coming up this year you’re looking forward to?
We’re going to do some festivals in the States and finish up this album. I have a movie coming out as well.

Do you have a release date in mind for it yet?
No, just when it’s done it’s done. I’m not going to rush anything, I just want it to be good. I’ve been working on it for a long time and it’s finally coming together nicely. I’d like to get it out this year.