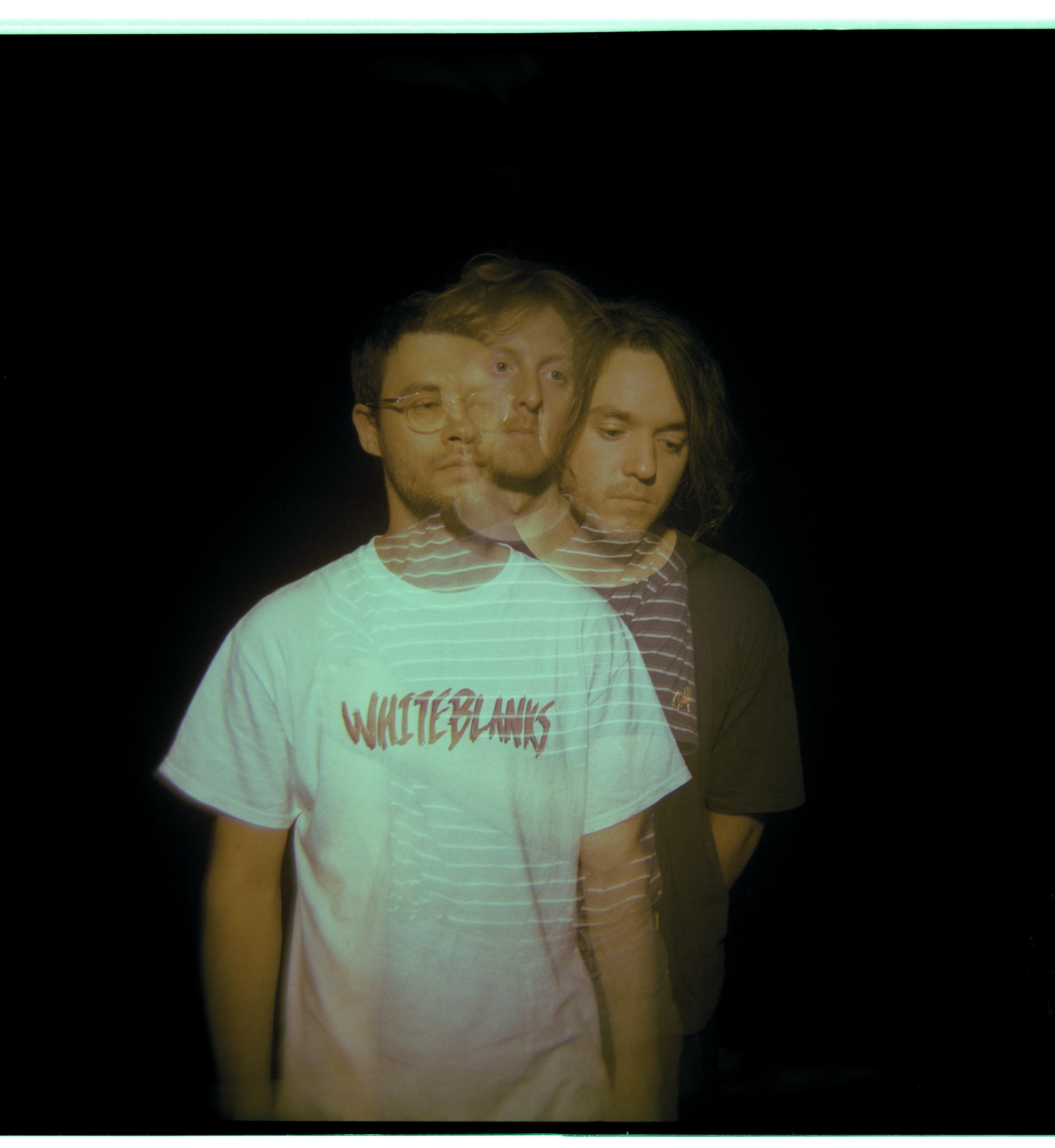 Adelaide’s Horror My Friend are currently in the middle of a huge east coast tour in support of their new album Home Life, bringing along Brisbane mates Sweater Curse. We got both bands together for an Artist v Artist chat from the eye of the (tour) storm.

HMF: Does any member of Sweater Curse partake in an extreme sport or attempted an extreme sport at any time of their life? If so what is the gnarliest story/stories from the group?
SC:
Chris used to surf a lot and that was pretty gnarly in itself. But once he got pushed off a cliff by a big wave at Stradbroke island and shredded my bum and my feet. The cut on my foot got infected after too, it was pretty gnarly (insert shaka).

HMF: For Chris and Mon, what was a pivotal album that inspired you to add a fuZZ pedal to your effects repertoire?
SC: Yuck’s Self titled record, Horror My Friend – Stay In Do Nothing

HMF: When the band named Sweater Curse trail blazes to other cities by means of car, who assumes the following positions: 1. Driver, 2. Co-Pilot, 3. Asleep in backseat. Is this a tried and true formulae? Or is it interchangeable? Do you have any categories to add?
SC: We generally have alternating roles. 100% interchangeable. We usually use Monica’s car because it is the least likely to stop working halfway so she takes the first shift with Chris as the Co-Pilot. Rei will hang out in the back until we get halfway to wherever we are going then Monica and Chris will swap driving roles and Rei and Monica might swap seating roles depending on how sleepy either of them are. Whoever sits in the back might have a sleep at this point and the co-pilot will have to navigate by then because we are most likely out of QLD and a driving navigator is extremely unsafe and pretty much, safety is our main concern at all times.

HMF: When Sweater Curse is on tour what is the first choice for cheap eats to put fuel in the stomach tank?
SC: When we were in Sydney a while ago we went to Petersham Kebabs and it changed the whole dynamic of our eating habits on tour. So much so that we are trying to find the best kebab in Australia (Petersham is still rated extremely high). Anyway, keen for our kebab tour.

HMF: For Rei: I’ve noticed that you are extremely animated behind the kit these days and I can’t take my dang eyes off of you. What are some albums and drummers that have shaped/influenced your playing style and approach to song writing over the years?
SC: Oh man thank you haha. When I first joined SC I was very influenced by both Chris and Vanessa’s approach towards (sleepclub) playing drums. I love how creative and melodic their playing is. Albums-wise, Beach Fossils’ Clash The Truth as well as a lot of other things on Captured Tracks. They are a huge influence on me even outside of drumming. Also, floor toms are SO great, big fan of a good floor tom led beat (heaps of good examples in Methyl Ethyl’s songs). Lastly, seeing bands like YOU (HMF) also changed my approach to playing live. I really started giving each performance my all after that. 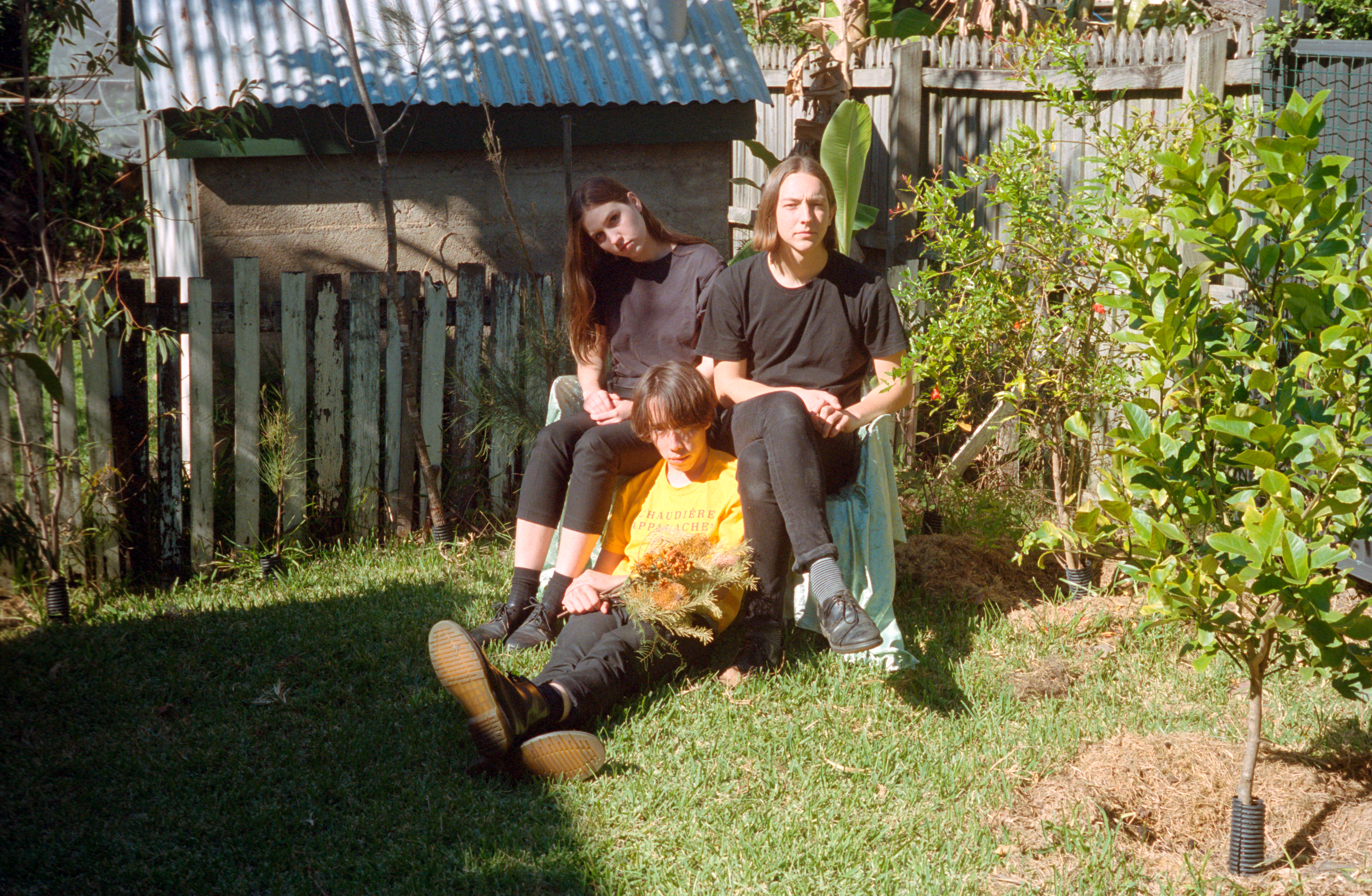 SC: What’s the first record you ever bought?
HMF: The Knife – Silent Shout. Still one of my favourite records to listen to.

SC: Best kebab shop in Australia?
HMF: Is it a cop-out if I say a three way tie? Cus it’s a three way tie between Yannis Yiros in Adelaide, Souva King in Wollongong, and Pizza Kebab in Brisbane. If you’re at any of these places, you’re doing well.

SC: What is your favourite horror movie and best friend to watch it with?
HMF: Watching Alien with Josh Battersby. I’ve never seen someone so spooked by a computer screen turning on.

SC: After watching the video for Wedding its made me start worrying about the touring dynamic. Will Sam be playing drums for the tour or is it the alien pretending to be Sam or is it Sam’s ghost? I’m not great around ghosts or aliens, if Sam isn’t back we might have to pull out…
HMF: No. I definitely not am Alien. I authentic real Sam. Please to be tour Earth with Sweater Curse. 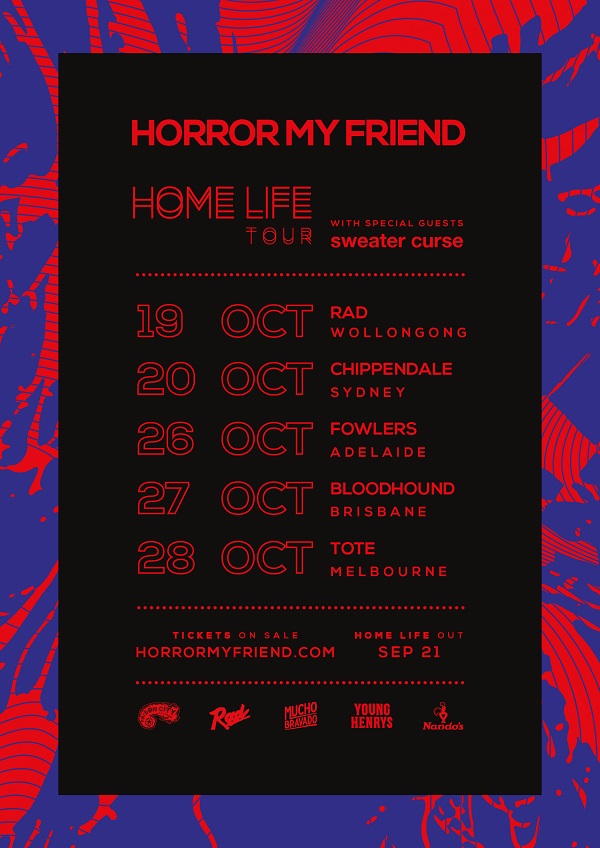