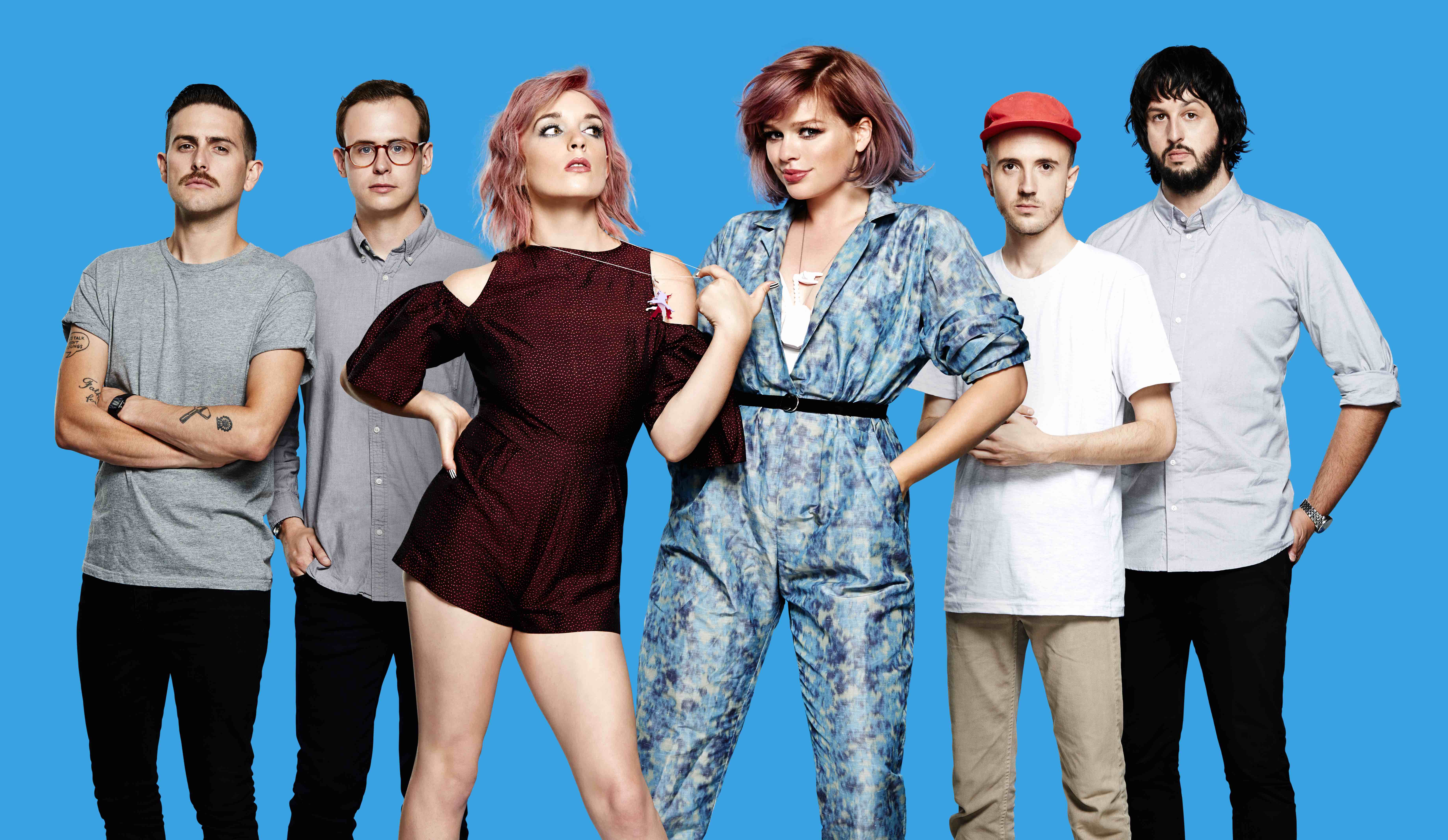 Since the release of Alpine’s highly acclaimed sophomore LP, Yuck last year, the band have been busy performing sold out dates around the country, a string of summer festivals and impressing on tour in the US. Having already kicked off this year with appearances at Falls Festival and Mountain Sounds Festival, we had a chat with Alpine’s Phoebe Baker about Yuck, bottom tans and their third album in the works.

How’s your day going?
Lovely thankyou! I have been productive, which is rather delicious.

Have you guys become accustomed to the festival stage yet? How do you find performing in a festival setting compared to a headline gig at a venue?
We love playing at festivals! My gosh! There is something thrilling about playing and being able to look up at the sky and see nature around you. Its very special. It feels very different from an indoor venue gig. Less dingy. More susceptible to sunburn.

What have you guys been up to post-Falls?
Played a few fabulous shows, Sugar Mountain and the Aus open. Heave-ho’ed at our day jobs. Wrote music. Thought about getting bottom tans.

What’s the creative dynamic like between you guys? How does your music usually come together?
We all have an in-tune sense of how we think we should sound. Must be magic. And our music comes together in varying ways, but on the most part – one of us will have an instrumental idea and we pass it over to the others to jam/mess on/with then we rehearse it and Bobs your auntie’s de facto!

I’ve heard you guys have been working on a third album? How are you finding the process of this one coming together compared to past releases?
It’s just initial stages at the moment. It seems to be coming on gently and sweetly and surprisingly at this stage. Trying to shhh pressure out of mind and be honest. Or lie if we want to.

Do you find there’s a lot of overlap between you guys in your musical tastes? What you grew up on and what you listen to now?
We have such differing tastes, but we come together on so much music. When we tour, one of the most exciting parts is being able to share new music with each other in the tour van. Lou and I loved Spice Gals when we were young and still to this day have a good kitchen boogie to them. But I’m not sure if the men of the band feel the same way. Maybe Phil.

What have you been listening to lately? Have you found anything new you’ve been loving?
Much. Vashti Bunyan. Gillian Welch. Joanna Newsom. Caetano Veloso. A lot of classical music (by whom I never know) actually – my driving jam is Ravel.

You guys always have really great videos and visuals, how involved are you guys in the concepts behind your visual accompaniments?
Lately we’ve been deliberately very involved. We want to portray ourselves honestly through our videos. Tristan Jalleh directed two of our most recent videos, he’s awesome and he allowed us to sit down with him and come up with stories for the videos. Him getting to know us a bit made it such a relief when the videos were released because they felt ‘us’. Also Tim from the band directed Damn Baby and again I think it really gives people a little insight into our personalities. I find that receiving.

You guys performed a 10 date national tour last year for ‘Foolish’, what was your highlight of the tour?
Probably playing Foolish! Hahaha. We just had such a great response from the crowd! Dancing and prancing!

You’re playing Mountain Sounds later this month, who are you keen to see perform?
All of them!! 😉

What’s coming up this year that you’re most excited about?
Writing. EEEEEEP!