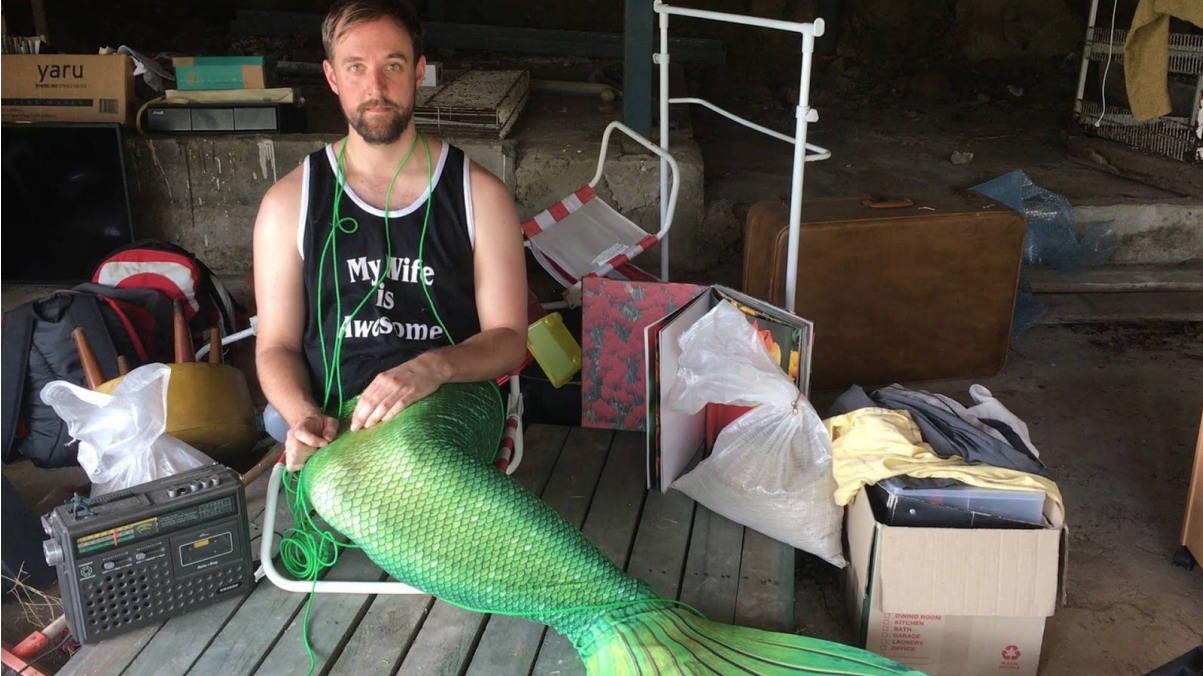 The latest offering from the Brisbane-based songwriter will have you side-eyeing your army men figurines and induce a newfound niche phobia of non-consensual mermaid transformation and/or sacrifice. Shot by Matthew Ford, Drea Lam & Ben Snaath, the DIY video is a perfectly eery accompaniment to OF’s latest taste of upcoming album, Named Feelings.

Since the release of Orlando Furious’ first two cassettes, Popular and High & Mighty (2014) and debut album Captain Granite (2016), the project has become synonymous with beat-driven, synth-laden noise-punk topped layered with earnest storytelling. With solid DIY punk roots, OF crafts his unique brand of ‘oddball pop’ from materials at hand, this time, with producer Bahkman at the helm of the rhythm. The result is a strange and wonderful example of Orlando Furious’ ability to simultaneously tug on your heartstrings and make your gut squirm.

Call up the ‘parmesan of your life’ and head along to Orlando Furious’ single launch at The Bearded Lady in Brisbane this Thursday, details below. Named feelings is out early 2018 via Tenth Court.