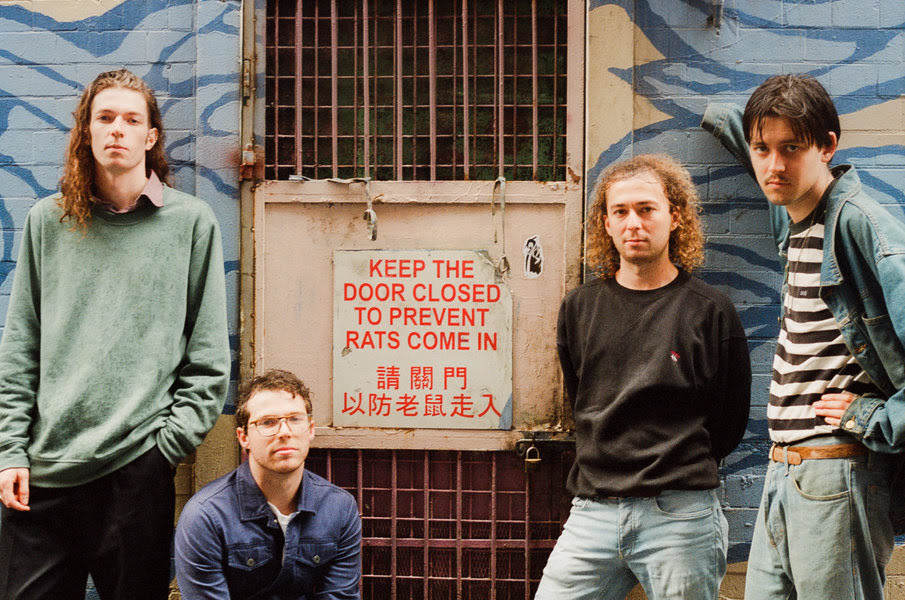 Following the release of their excellent debut album A Slight Hi, High-tails return with the ultimate visual addition to synth pop gem ‘Bubblegum’. The bright, animated masterpiece was created by rotoscoping the band members playing their instruments, traced frame by frame. Think: “Waking Life” minus the Hollywood budget.

Frontman Nicholas Griffith on the track, “Lyrically this is a fictional abstraction of an abusive relationship. Kind of like the type of relationship seen in Vincent Gallo’s “Buffalo 66”, but written from Layla’s perspective and not played out as idealistically. This is the one song on the album mixed by Chris Colonna who had a lot of fun “playing the desk” at Free Energy Device Studio. The Space Echo unit was modulated live whilst we inserted reverse laser noises as the ligaments between sections.”

You can catch High-tails joyous live show next month at four A Slight High album launch dates along the east coast, details below.