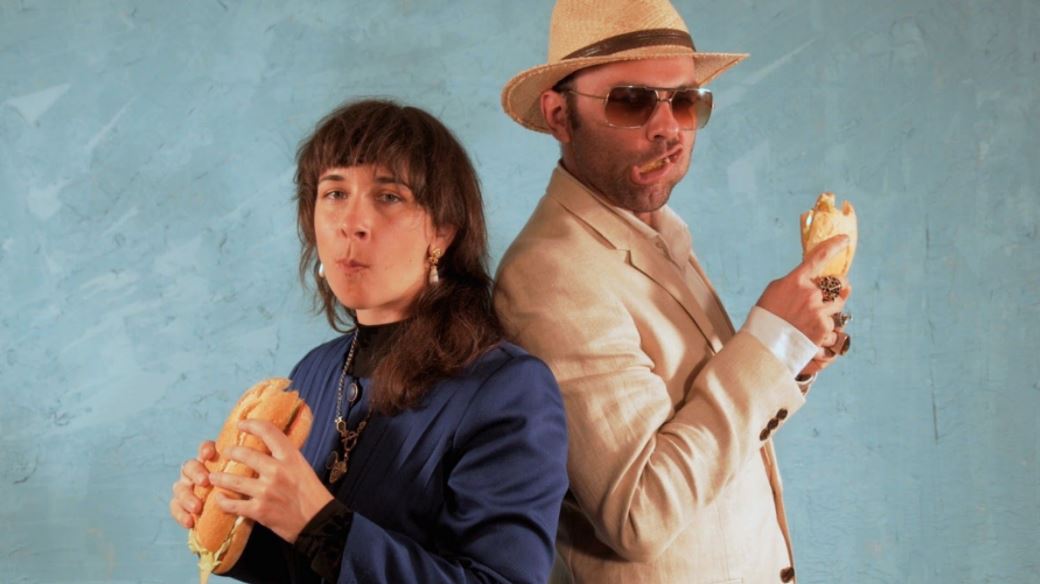 Today we premiere the music video for Biscotti’s ‘Fantastico’.

Biscotti​,​ the brainchild of Carla Ori, released one of our favourite albums of 2017, Like Heaven in the Movies (we liked it so much we hosted it’s launch in Brisbane) – drawing inspiration from the cinematic soundtracks of 1970’s Italian film, each track is a totally unique, otherworldly landscape.

Alongside the album release, Ori collaborated with photographer Alice Hutchison to create a still life image for each single from the album, inspired by Italian films of the seventies, with breathtaking results.  Ori also worked with multiple collaborators on the album, including vocalist David Bramble and guitarist Constantine Stefano (Fantastico), vocalist/sampler Adam Gauci (Luciano’s Jalopy) and accordionist and nose-flutist Carlos Parraga (Soda Pop).

Bringing ‘Fantastico’ to life, the video features all of the artist who collaborated on the album as one big, heavily-stereotyped Italian family. Constantine Stefanou on guitar plays The Brother, Dave Bramble brings to life his character Davide Dolce as ‘The Father’, while Adam Gauci (McRaceless) appears as ‘The Old Man’ and Carlos Parraga as ‘The Mama’. The clip was co-created by George Johnson & Carla Ori “with a DIY set up in a home garage for 12 hours, a lot of fan blowing and panini eating”

Watch the magic below, and be sure to treat yourself to Like Heaven in the Movies if you haven’t already – vinyl copies still available here.