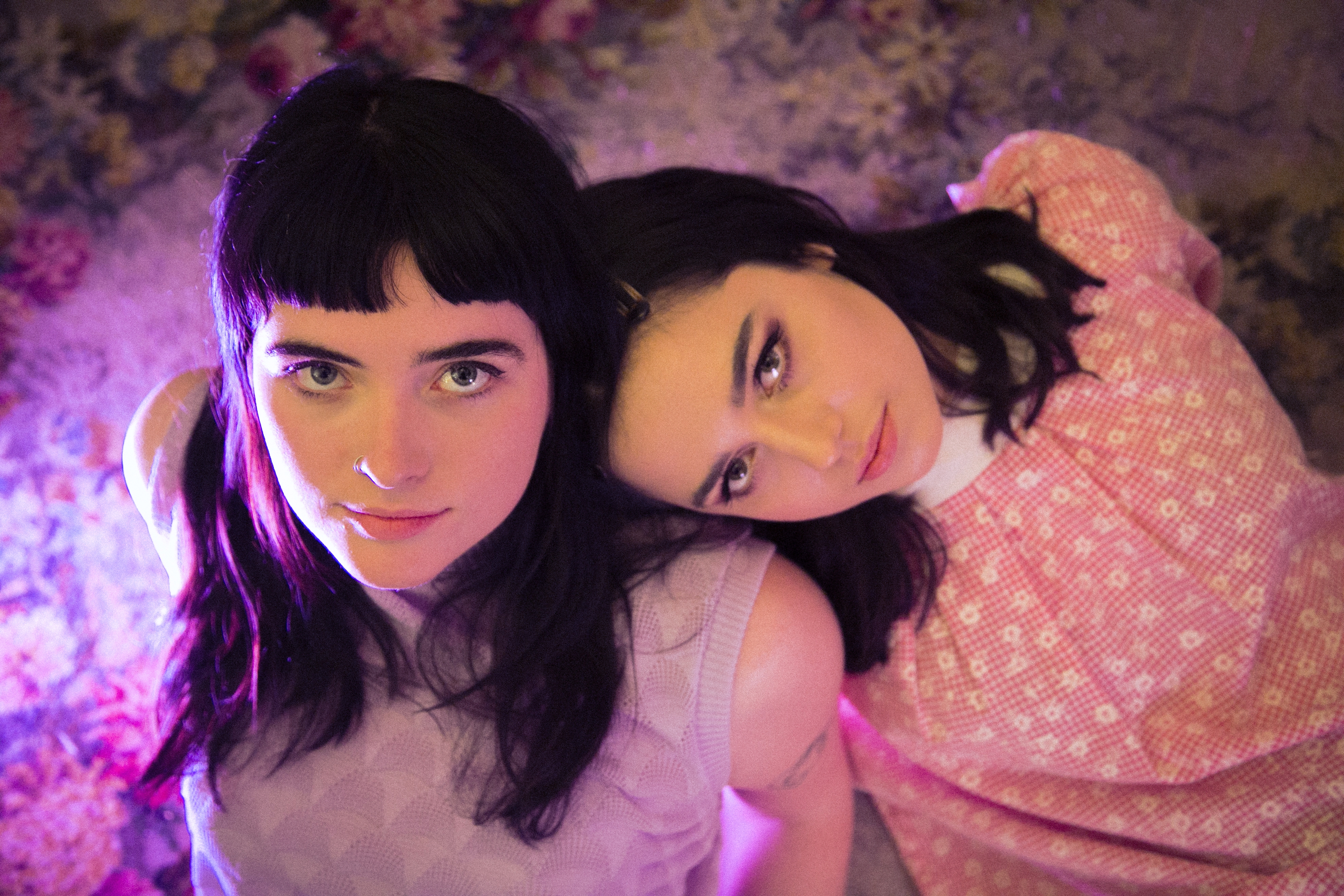 Today we premiere the debut single and video from new Brisbane duo, Catalano ‘Others’.

The new project of Izzy Mellor (Shifting Sands, Jeremy Neale, Love Signs) and Ruby McGregor (Babaganouj, Lexicon, Go Violets), Catalano’s debut is a reflection of the ups and downs of Izzy and Ruby’s 15 year long friendship. Produced by Cub Sport’s Zoe Davis, ‘Others’ is an upfront, lo-fi pop ode to love and friendship.

In Izzy Mellor’s words, “‘Others’ captures a snapshot in time where you’re single for the first time in a long time. You’re negotiating new people, discovering new things about yourself; but once you’ve had this massive explosion of excitement, there’s a come down. You realise you’ve had lots of moments with people that perhaps were only circumstantial because they were also feeling lost, or you just happened to be in the same place at the same time. They ultimately slip through your fingers by the time Monday rolls around again.”

The single also arrives with a mesmeric music video by Jennifer Embleton aka Somersault Visuals , and follows Catalano through a night in suburban Brisbane.

Hear and see Catalano’s debut here first, and read through Catalano in conversation, as they talk through the “special kind of power of relationships between women, femmes and GNC folks” below.

Ruby: In music and in general, I think it’s important to surround yourself with people that understand and support you, often within friendships between women and femmes you aren’t fighting to explain yourself and there is an intuitive understanding of each other. I guess it’s that lived experience that certain groups of people can only understand and appreciate from within.

Izzy: [It’s] the little things, like when i am out with a group of femme friends, we all look after each other – we walk each other to our cars, or send a text when you get home safe kind of stuff. I find that a lot of the time there is an unspoken understanding of what I’m writing about, or what I’m going for, without me having to explain what my lyrics are supposed to mean. I feel like I don’t have a point to prove and that i can be vulnerable and honest lyrically.

Ruby: Yes, especially with each other. Writing is a pretty vulnerable exercise, and often it’ll leave you feeling exposed, depending on the content of what you’re creating. You need to be comfortable with the people you are playing with.

Izzy: When you make music you write for your community and your friends, so it makes sense that you would do it with the people you relate to. Understanding each other and knowing what’s going on in each other’s lives definitely makes it easier for us to write collectively. There’s a lot of trust involved. We’ve both been involved in a range of different musical projects over the years – Jeremy Neale, Babaganouj, Shifting Sands, Go Violets, and more. In that time, a lot’s changed, and a lot’s stayed the same.

Ruby: I think there is more space for women ‘quota’ wise but Brisbane has always had a pretty strong representation of women in the music scene. There is definitely more of a push for women to be on line ups, and it’s not okay anymore for there to be an all cis men on line-ups. But I think when we both started playing that wasn’t unusual at all. I’m also seeing less boy bands popping up, and it seems like the people that play in those bands are more inclined to find women and femme-fronted acts to be involved with.

Things are looking up, but there’s still lots of work to do especially behind the scenes. Men/ known abusers are still sound engineers, or run the venues/ book the bands etc. But it seems like thats changing too, slowly. There is a good standard now where people feel more comfortable saying no to shows that are with/organised by problematic people, but call out culture doesn’t really effect these aforementioned groups as much, and it’s definitely harder to decipher what is and isn’t okay behind the scenes, especially when you need a venue to play in.

Izzy: Yeah, I think call-out culture is ensuring that we are all pretty aware of problematic musicians, and we can avoid sharing a stage or line-up with them, but that hasn’t really happened when it comes to producers and venue owners as much, so I think that is something that will begin to be more discussed.

I remember once I was playing a show in a band where everyone else was a man, and we invited a guest vocalist on stage (who happened to be a woman) and a bunch of men in the front of the crowd started yelling out things like ‘but we like her!’ and ‘don’t worry! we still love you!’ while they were pointing at me. It was so weird that they couldn’t fathom why more than one woman would need to be on stage at the same time.

I also remember being on tour a couple of years ago with my band Shifting Sands, and a couple of journalists and some audience members after shows would come up to us and ask whether I was Geoff (the other singer)’s girlfriend or daughter.  At first it was kind of funny, but I think I got asked it maybe seven times by the end of tour.  It was like everyone was trying desperately to figure out why I was there. Oh, [and] one time a drunk guy got everyone in the band to sign his vinyl and didn’t want me to. If you don’t laugh you’ll cry!

Ruby: I think I definitely used to find it all-round more challenging that I do now… I wonder if that’s because I was younger and playing with other younger women when i first started playing in Brisbane. I remember receiving some feedback from a prominent radio station about that band, in regards to our single at the time, saying that while they thought the single was great, the “female artists quota” was pretty much full so they wouldn’t be putting us forward for rotation.

Izzy: I think there is [also] definitely pressure when it comes to having to prove yourself as a worthy music consumer and making sure you know what you’re talking about when it comes to ‘serious’ music.  I think there’s also an attitude in general that things aimed at an audience of women are silly or vapid.  I think people can question your intentions for wanting to play music as well, and don’t necessarily assume it’s just because you love it.

Ruby: Yeah, there has definitely been a pressure to be a certain type of alternative person/musician and to prove that to the community. Often in order to be taken seriously you need to have to know specific references and lots about them. For example, if I say I like a specific band, I feel that I need to know at least three albums worth of material to prove that i’m worthy of belonging to that community.