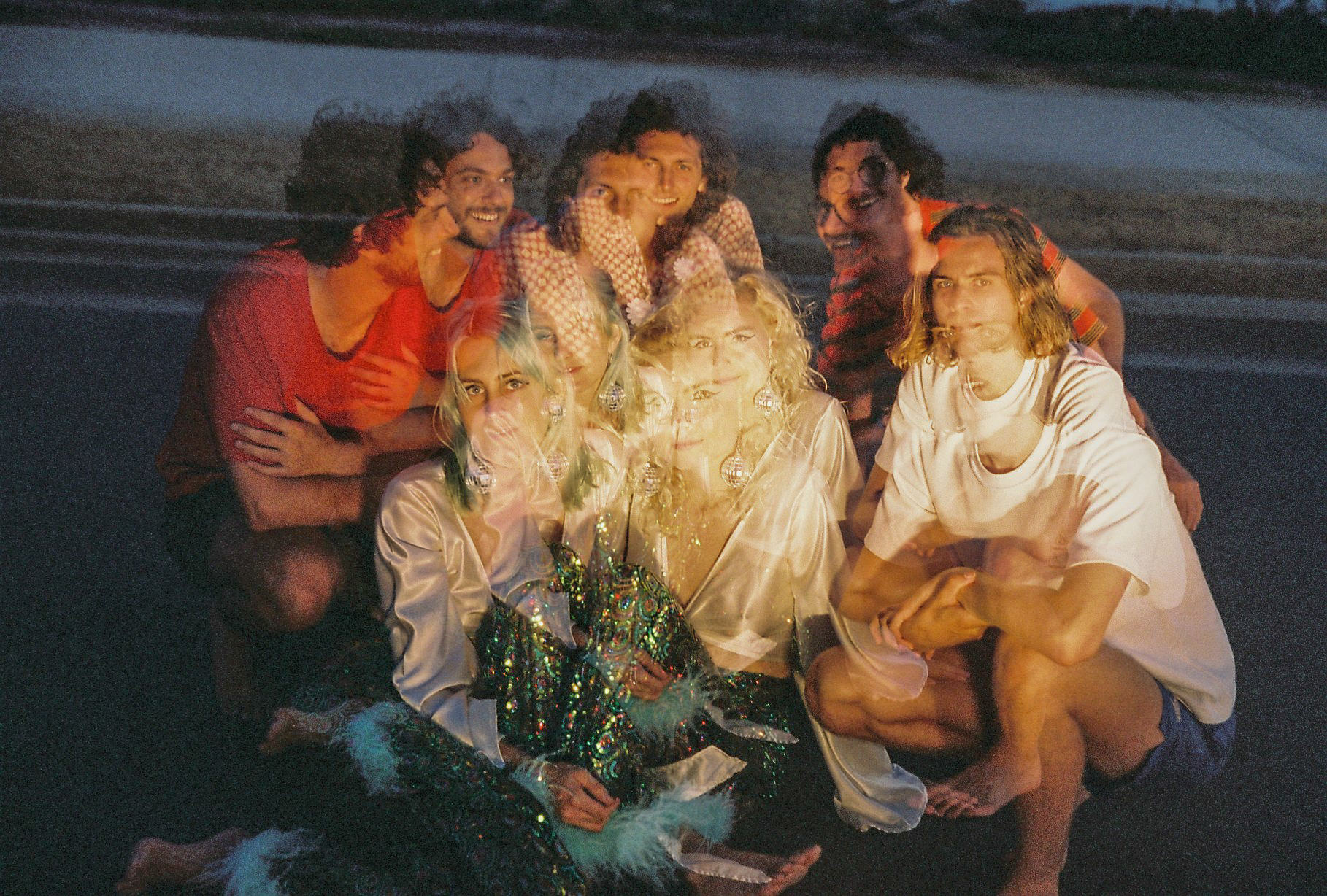 Before they hit the road with The Brian Jonestown Massacre this week, Nice Biscuit were kind enough to put together a Brisbane Band Guide full of some absolute gems.

Gooby Jim and the Goobs
Great mates playing some really cool stuff. You can tell they are doing these songs totally for themselves as a unit and its great to watch. I try to go to every show.

The Gametes
I haven’t seen anything quite like their live show, actually it’s more of an experience. Mind-blowing rhythms, varied costumes and a mysterious CEO are all facets of the show that their rapidly growing fan-base are familiar with.

The Flamingo Jones
This band is an ever-changing psych ensemble that seems to have a new set of songs every gig they play. And by songs I mean 10 minute psych journeys.

Shed
Very hard to find if you google their name, these guys have just released a really good record. It’s got a grainy, dark vibe and lyrics to match.

Double Happiness
Recently released their EP in the last couple of months and it perfectly captures their spooky
surf sound. It’s got plenty of reverb and driving drum beats, good music to watch this band to.

Gabriella Cohen
Amazing musician who’s just released her second album. She is supporting The Brian Jonestown Massacre for their Brisbane show while we do Byron and Sydney either side, and I can’t think of a better act for the job, plus she’s touring down the coast immediately after.

Stone Witches
Although not technically a Brisbane band, but close enough, these guys need a mention because they’re just so good. They just keep recording and releasing music it’s hard to keep up. If you like the Oh Sees these guys are for you.

Nice Biscuit’s Captain/Fairfield of Dreams LP is out now via Break Even recordings.