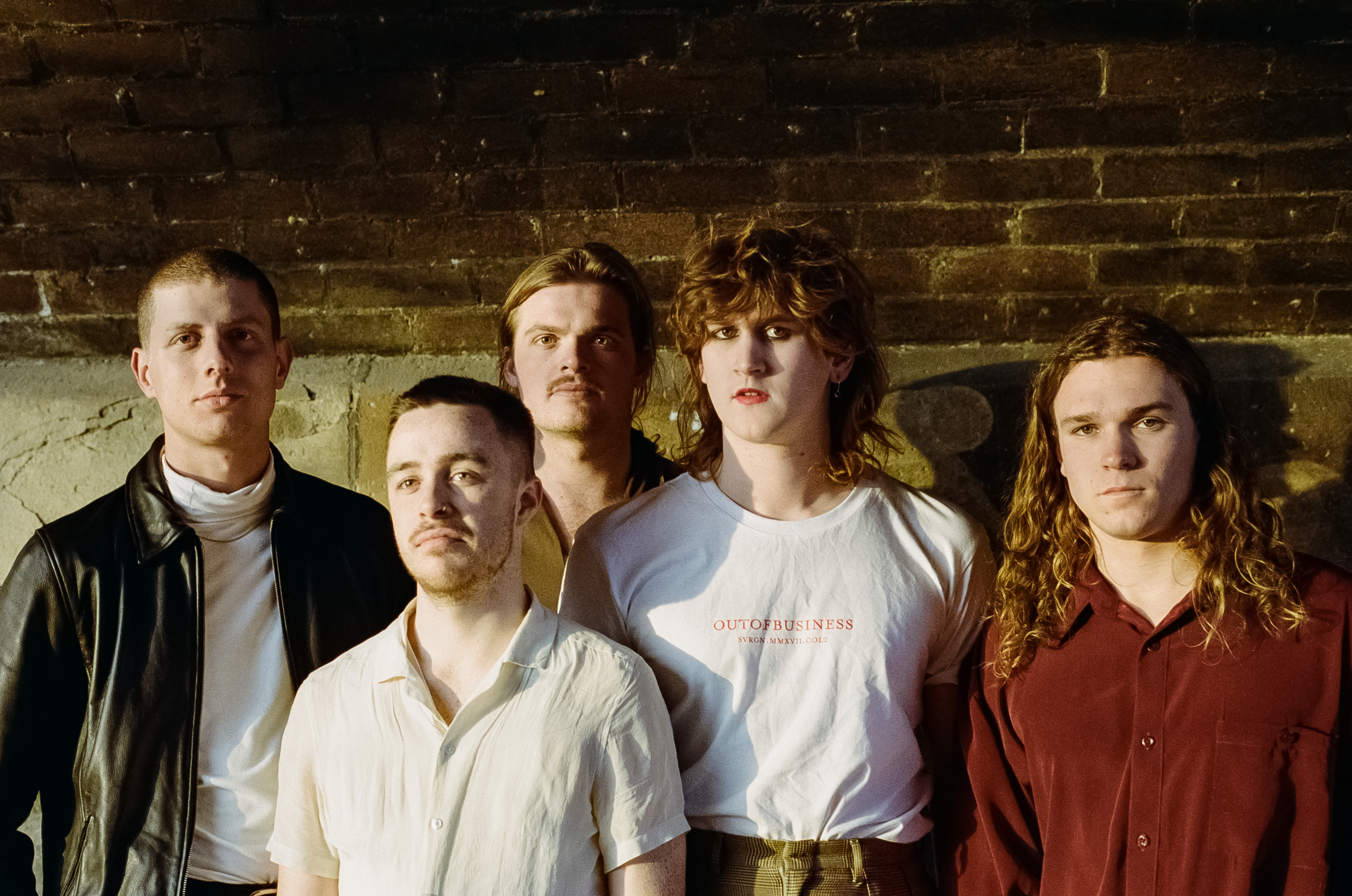 Sydney five-piece Johnny Hunter emerged this as a reactive response to a time where closing and empty venues signify a city in the midst of a creative cultural crisis. One of our favourite releases of the year so far, Johnny Hunter’s latest single ‘1995’ is in their words, a “grandiose anthem of pub-born irony and double-thought observations on the millennial condition. Narcissism and self loathing, abundance of knowledge and a lack of concern, the desire to be something great and a disdain for trying too hard.” the band explain, “Fast, fun, but ultimately bleak in its appraisal of the confusion and simulacrum-oriented living in which we find ourselves, the songs as much of an excuse to kick it out and jump around as it is a raised eyebrow to where we will all end up when the dust settles.”

Recently joining newly-launched imprint of Inertia Music, Break Even Recordings, Johnny Hunter just announced an upcoming 7″ out on Friday, October 5 and we can’t wait to hear it. To celebrate the breath of fresh air that is Johnny Hunter and their latest single, the band were kind enough to put together a Guest Playlist, ’15 Songs That’ll Make You Want to Move Back to Sydney”.

Check out their beaut new single and video, ‘1995’ below and be sure to grab a ticket asap to their (nearly sold out) single launch this Friday at The Bank Hotel in the beautiful city of Sydney.

“Is everyone you know moving to Melbourne? Do you miss your friends!? Just put this on next time you see them and they”ll be back in a heartbeat.” – Johnny Hunter

Body Type – ‘Arrow’
This band is killing it RN saw them at Alex Cameron and have been hooked ever since! Fantastic little guitar licks and the tones are mint, a bit of a mischief in the vocal throws – bloody cool.

Murray Darling – ‘Don’t Say You’re Moving To Melbourne’
Muzzaduzza hitting the intercity rivalry on the head. The cold winds will blow you away!

TNSW – ‘Meathook’
Big opener off a big album, with heaps of big yelly lines to boot. TNSW have to be one of the city’s finest exports.

SOOK – ‘I’m Not Your Woman’
Sounds like Daria and Jane started a femme punk band and turned it to 11, from some of the youngest and busiest women in Sydney. WATCH THIS SPACE.

Moody Beach – ‘Vanilla’
The talent on every Moody Beach track is severe, only drawback is they don’t have more tunes out. SO GOOD!

Mac The Knife – ‘Australia’
Those opening chords. The song structure. The chorus lyrics. Bless this band 🙏🏻

BLAND – ‘Couch’
If its a pissing competition between SYD/MELB you want, this is our entry for the dolewave/slacker heat. Drops you right into the wasteaway summer arvo nostalgia.

Sunscreen – ‘Voices’
This track is SERENE – the chorus affected guitars and super tight drumwork is a boogie lockdown, and gotta love the oohs and ahs peppered throughout.

SCK CHX – ‘Underwater’
Spooky guitars and a crazy man yelling at you to swim on his sofa. Fantastic.

Sports Bra – ‘What Should We Do’
Honest and lofi emo, cannot go wrong (and a big soft spot for that opening line).

Party Dozen – ‘Sports Authority’
Seriously wild. This whole record is a collection of far-out noise but this track has a pretty major swagger.