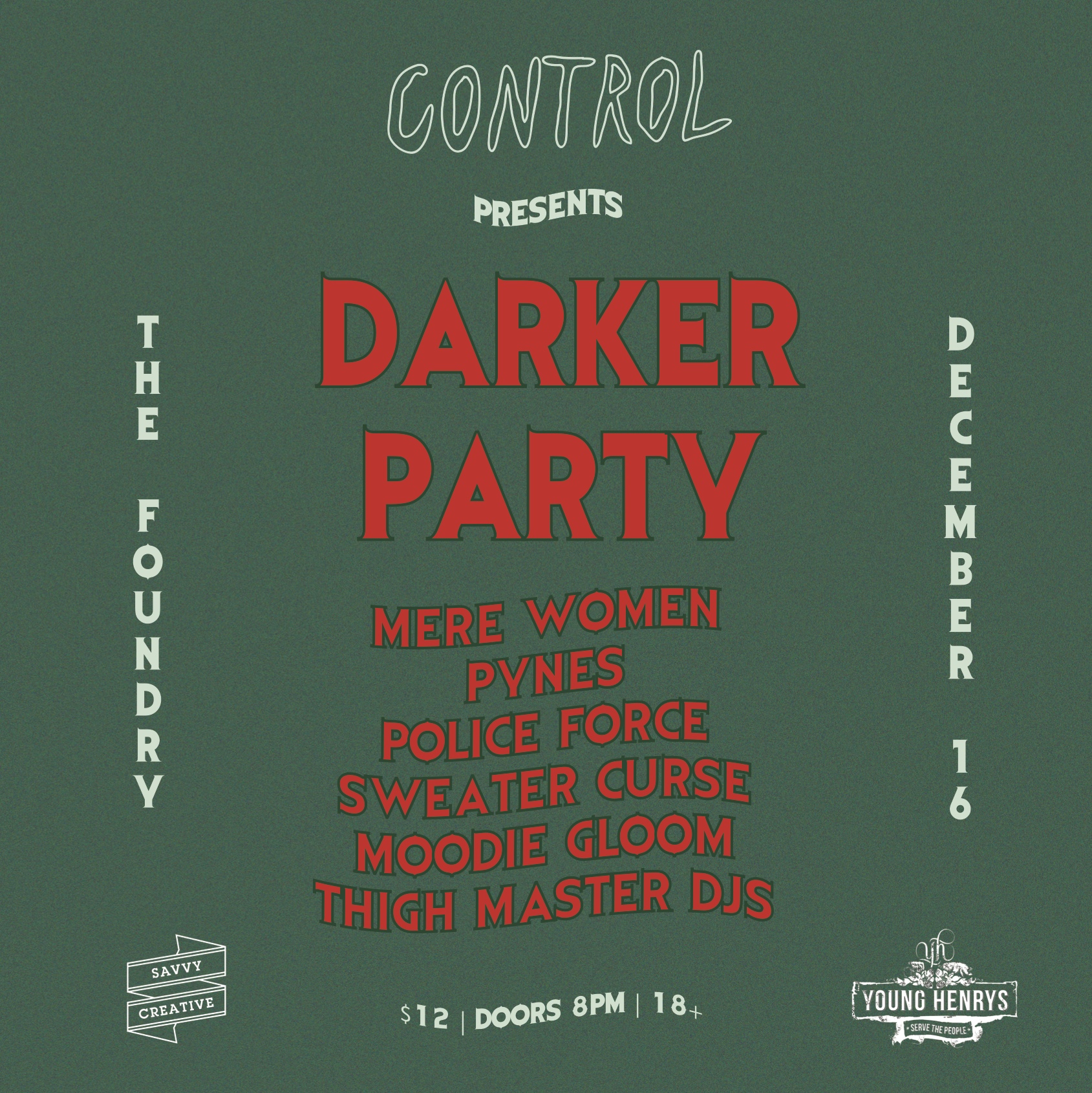 Following our huge Dark Party back in April, we return with the second of the trilogy, Darker Party. There will be no sequel syndrome here, with a line up featuring five incredible Aus bands, Mere Women (SYD), Pynes, Police Force, Sweater Curse and Moodie Gloom. Get to know the bands below, and have a listen to our Dark Party trilogy playlist to get yourself in the mood. 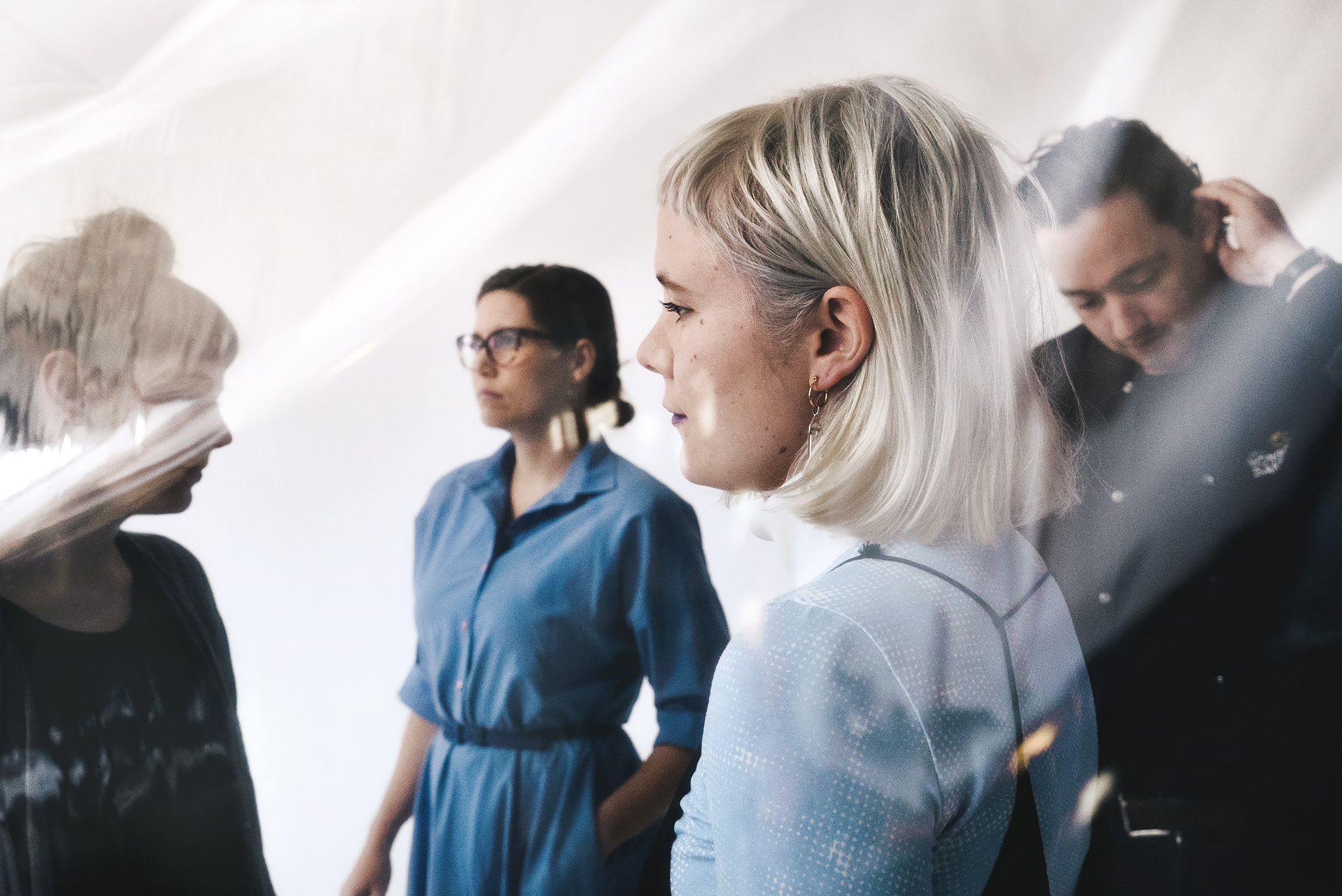 It’s no secret we consider Sydney four-piece Mere Women to be one of the best bands in the country, so we’re stoked to have them headline Darker Party. Following the release of brilliant albums Old Life (2012) and Your Town (2014), and a split release with Melbourne’s Gold Class, the band recently released new single, ‘Drive’, premiering their beautiful video through Control. The release came just in time for their showcase at Bigsound 2016 where they were a definite standout. Keep an eye out for our interview coming soon. 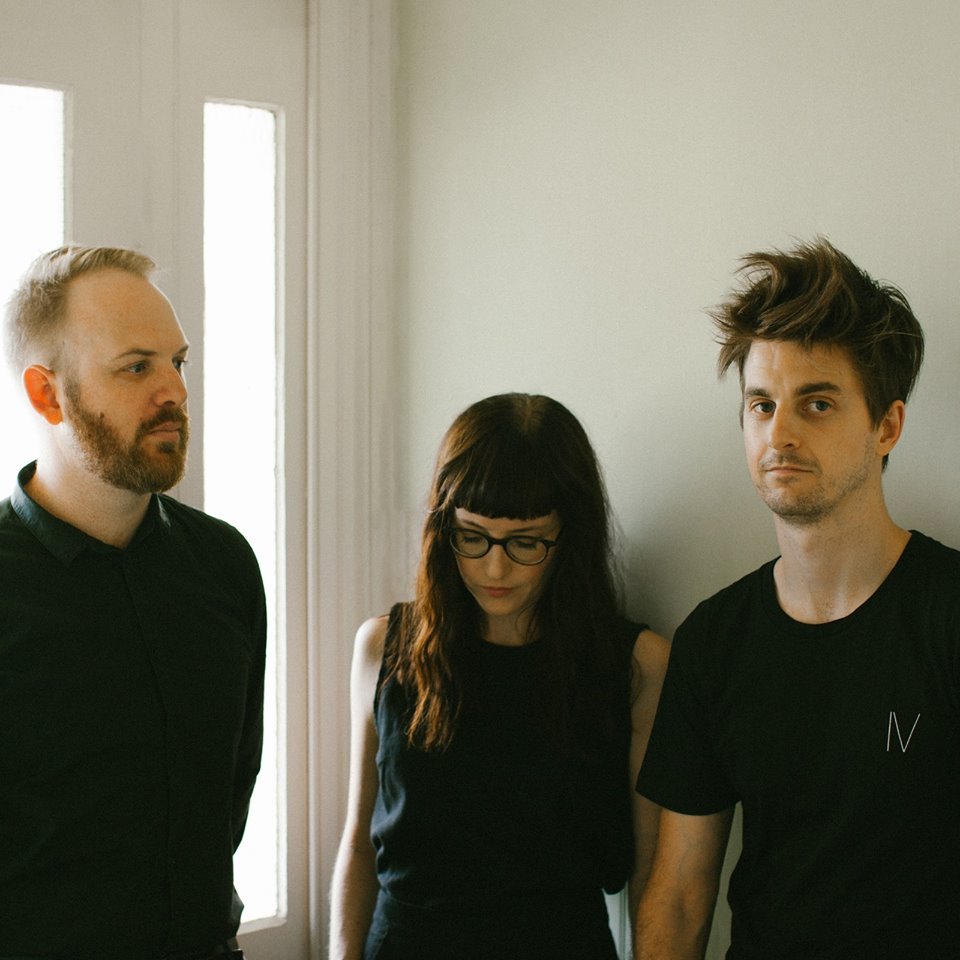 Brisbane three-piece PYNES only formed late last year, but have already won over fans and critics with their first two single releases, ‘Starting Fires’ and ‘Never Enough.’ PYNES have joined the likes of Olympia, Mike Noga, Rolls Bayce and Abbe May on tour and blew us away at their showcase at Bigsound in September. PYNES is a step in a new heavier, darker direction for each member of the trio, fronted by vocalist/guitarist Mel Tickle, previously of Brisbane indie outfit Little Scout and former touring member of The John Steel Singers, drummer Jacob Hicks drummer for Jonathan Boulet and previously Re:Enactment and Mr. Maps, and guitarist Pat Elliott of Big Strong Brute and previously, Little Scout. Word is, they’ve just wrapped up recording some new music too..

Having already released three cassette tapes in the past year, AIR, POWER POINT & most recently, FORMULA 1, Brisbane’s Police Force have been busy finishing an upcoming album. Starting as “a 4 piece, and then a 3 piece, and then a 2 piece, and then 5 piece, and now we’re a 3 piece again, I think, for now”, the guys said of Darker Party, “We like fun and want people to have some. This is the only show we have coming up, maybe it will be our last one?” Only time will tell.

Up and coming Bris duo, Moodie Gloom combine sultry,  sophisticated guitar from Andrew Jelinek of Acid On Andy, paired with brooding pop melodies and Regina Spektor-esque vocals. Make sure to get in early to catch them kicking off the dark festivities.